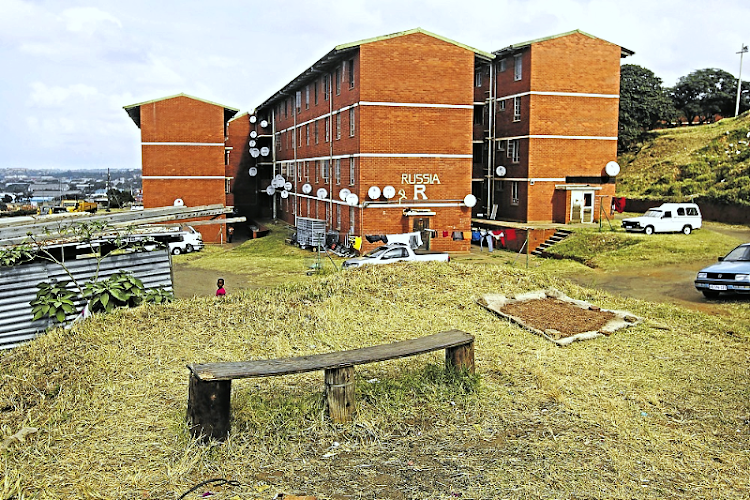 Police on Sunday said they had arrested a "most wanted hitman" at the Glebelands hostel in Durban.
Image: Sunday Times

Police in KwaZulu-Natal say they have nabbed a “most wanted hitman” sought for a spate of murders at the notorious Glebelands hostel in Umlazi.

“He was arrested while hiding in Lamontville. Mahobo appeared before the Umlazi magistrate’s court on two counts of murder and was remanded in police custody until February 22 for further investigation.”

Mbele said it was alleged that in November last year Anele Chutshane and Phumlani Ntozakhe both 27, were shot dead by Mahobo at the hostel.

“They were both certified dead at the scene.

“The accused has a pending assault with intent to cause grievous bodily harm case against him after he assaulted his ex-girlfriend while she was inside her room in the Glebelands Hostel in June last year,” said Mbele.

A 43-year-old former Glebelands hostel resident looked terrified as he fingered former police officer, Louis Mdweshu, as one of four men involved in ...
News
1 year ago

“Both cases were transferred to the provincial organised crime unit for further investigation. The accused will further be profiled to determine whether he is linked to other serious crimes committed within the province.”

Violence plagued the hostel for several years, mainly between 2014 and 2016 when a group of men — believed to be hitmen — ordered residents to pay them R50, allegedly as protection money.

In 2017 former Durban Central detective Bhekukwazi Mdweshu and his seven co-accused were arrested and put on trial at the Pietermaritzburg high court on charges which include racketeering and murder.