Glebelands murder trial delayed on day one over advocate's pay 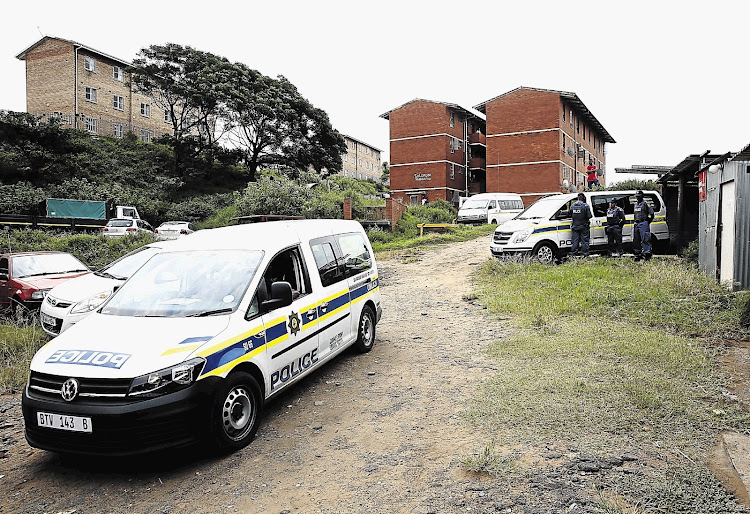 An attorney has withdrawn from the Glebelands Hostel murder trial because some of the accused cannot afford to pay a heavyweight advocate. File photo.
Image: THULI DLAMINI

Confusion marred the start of the trial of eight men, including a police officer, accused of being behind a spate of killings at the notorious Glebelands Hostel in Durban when the attorney representing three of them withdrew his services because they did not have enough money to pay legal heavyweight advocate Jimmy Howse.

Just before the start of the trial at the Pietermaritzburg High Court on Monday, Durban lawyer Andile Dakela told judge Jerome Mnguni that he was withdrawing his services for accused No 1 Bhekukwazi Mdweshu, 37; accused No 4 Eugene Hlophe, 30; and accused No 5 Ncomekile Ntshangase, 34, because they were not able to raise the funds required by Howse.

Dakale told the court that he, as an instructing attorney, had been advised by Howse, who was not present, to advise the court about the situation. He also brought an application to court to withdraw his services.

"The accused could not do the necessary in order for Howse to be available to assist them. They have not been able to raise the necessary funds that were required by Howse," said Dakale.

He said that on Friday he was advised that attorney Roy Singh would be representing the accused "as instructed by the family".

The eight murder accused in the Glebelands hostel trial as they were being led to the dock in Pietermaritzburg High Court on Monday under the watchful eye of the police. pic.twitter.com/3TKvTHgGoB

"Given that Your Worship, I have no further submissions to make to this honourable court," said Dakale.

But judge Mnguni did not take kindly to the sudden turn of events as the trial had been set down for Monday. He asked if Dakale had consulted the accused about the withdrawal of services.

"I consulted with them extensively and just before the court commenced I was called down to actually speak to them by another attorney. I have been instructed that Roy Singh Attorneys will now represent the accused.

"The situation is such that it would appear that the accused have made an arrangement for one advocate to be seized with the matter as they could not afford to pay Howse and this arrangement was facilitated by this attorney," said Dakale.

But when the accused were told about Dakale’s withdrawal of his services, they disagreed and suggested he continued representing them.

One of KwaZulu-Natal hitmen was asked to demonstrate to court on Friday how he managed to shoot his target.
News
4 years ago

Mnguni was forced to stand the matter down until Wednesday for the parties to resolve the problem.

"You see, I will make the things easier for you. I will stand the matter down so that you can sort out this thing. So you must come back on Wednesday so that we can resolve this thing," he said.

After the adjournment, all eight accused turned towards the packed public gallery and greeted their relatives and friends as they were being led down to the court holding cells by police officers.

There was a heavy police presence in and outside the court because of the serious  charges, which include murder, attempted murder, unlawful possession of ammunition and firearms, and racketeering.

It took some hard coaxing from the police, including some who were heavily armed,  to get the accused to come up from the holding cells.

Accused No 1 Mdweshu was employed as a detective constable in   the Durban Central detective branch before his arrest. The rest of the accused lived at the Glebelands hostel.

Mdweshu and Bonga Hlophe (now dead) are accused of being the masterminds behind a syndicate which operated at the hostel between August 2014 and March 2016. Several people were killed at the hostel during that period while others survived attempts on their lives.

Two people - a security guard and a 70-year-old man - were shot dead within a day of one another at Durban's notorious Glebelands hostel.
News
4 years ago

"From time to time, the accused and other persons, known or unknown to the state, would summon other residents to meetings to announce that a collection of money was being made. Residents were ordered to make payment of cash to the accused under a threat of reprisal if such payments were not forthcoming," read the 32-page indictment.

It is alleged that at these meetings some of the accused were armed with rifles and handguns to intimidate or threaten residents into making payments.

The state has lined up 107 witnesses for what is set to be a marathon trial.