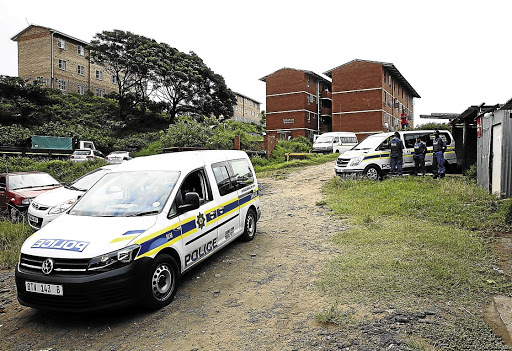 Two people - a security guard and a 70-year-old man - were shot dead within a day of one another at Durban's notorious Glebelands hostel.

The death toll at the hostel precinct - notorious for violent attacks - now stands at three for this week alone.

A 26-year-old man was shot nine times outside a tavern in the early hours of Monday morning.

It is understood that the man lived at the controversial Block 48 hostel.

Administered by the eThekwini municipality‚ Glebelands is widely considered to be a hotbed of violence and crime. Comprising squalid and poorly maintained blocks‚ the hostel is overcrowded and run down.

Police spokesman Lieutenant-Colonel Thulani Zwane said Umlazi police were investigating two cases of murder in relation to the security guard and the pensioner.

A third case of attempted murder - where another security guard was wounded in the same gun attack in which his colleague was killed - is also being probed.

"The first incident is where a security guard was shot and killed and his colleague was wounded at Glebelands hostel just before midnight on August 2.

Zwane said the murder of the 70-year-old man was reported a day later‚ a few hours after he was shot dead in his room at the hostel.

"Police are working around the clock to establish if both cases are linked and whether they are attempts by certain individuals to destabilise the peace at the hostel.

"Residents are requested not to fall into the trap of responding to violence with violence and to continue to liaise with police should information on the alleged perpetrators surface."