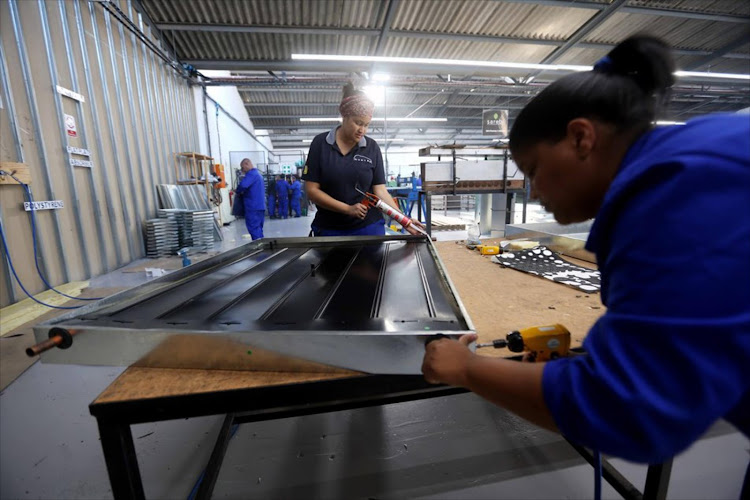 For each job saved in manufacturing, the Eastern Cape provincial government will reward companies with R10,000.

This proposal was included in premier Oscar Mabuyane’s Covid-19 containment and mitigation plan, which he presented to President Cyril Ramaphosa at Port Elizabeth's Livingstone Hospital on Thursday, reports the Weekend Post.

The premier said the bonus scheme was among the incentives the provincial government could offer companies to retain jobs in the province.

The Eastern Cape had been bleeding jobs even before the national coronavirus lockdown, with the unemployment rate climbing three percentage points to 39.5% between October and December 2019.

Lockdown will claim 200,000 jobs in Western Cape even if eased - Winde

More than 200,000 jobs will be lost in the Western Cape alone due to the hard lockdown and level 4 restrictions, even with the gradual lifting of ...
News
2 years ago

“This challenge of Covid-19 presents us with an opportunity to turn around the economy of the province,” Mabuyane said.

“If you look at manufacturing, textile and ... agriculture with the huge arable land, the sector should not only be contributing 5.5% in terms of economic growth in the province.”

Under the incentive programme for manufacturing, which is funded by the provincial jobs stimulus fund, the provincial government had identified 16 companies which qualified for the job-retention bonus.

At least 1,051 jobs would potentially be saved.

Mabuyane said R63m had been made available to fund the bonus scheme.

He said several measures were being put in place to assist companies to get back to business and create jobs.

“We also have other mechanisms such as your local and regional economic development fund that targets SMMEs, especially the youth, to ensure they are supported.”

The budget for the economic development fund is R21m.

“We also have the Isiqalo Youth Fund where we put R25m annually to support [youth-owned companies’] ideas,” he said.

Presenting a sample of bankable catalytic projects in the agricultural sector in the Chris Hani district municipality, OR Tambo municipality and Amathole municipality, Mabuyane told Ramaphosa that the province needed R1bn to execute the projects.

They ranged from vegetable farming to citrus, macadamias, tropical fruits and dairy projects.

“We need a couple of billion, President, but we’ll take just R1bn for now,” Mabuyane said.

He said the pandemic had galvanised the government to look at the real issues and crush poverty to which many South Africans were being subjected.

“Covid-19 is building capacity in the state, enabling us to be much more focused and do right by the people of SA,” he said.

Ramaphosa said the pandemic had prompted the government to act much faster in addressing challenges such as water and sanitation.

“We dare not lose that capability and focus beyond Covid-19, and [must] continue with the momentum.”

Ramaphosa said he appreciated Mabuyane’s approach to revitalising the provincial economy beyond Covid-19, saying it was the correct one and that the national government was pursuing similar objectives.

“Beyond Covid-19, the economy of our country is going to be almost a wasteland, therefore we need to revitalise, rejuvenate and rebuild it,” the president said.

“It’s going to be like a post-war situation and so we need clear strategies of what needs to be done.

“We have to act with other players.