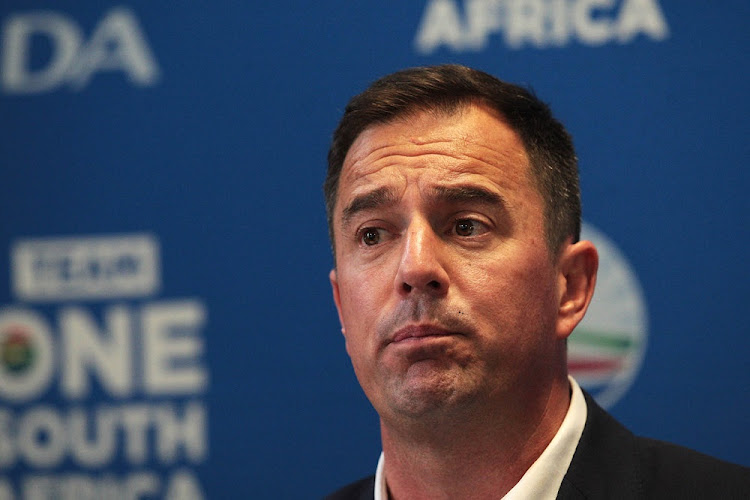 The DA has called on President Cyril Ramaphosa to “come out of hiding” and update the nation on the government’s response to coronavirus.

The last time Ramaphosa spoke to the nation was almost three weeks ago when he announced the easing of lockdown to level 4. This, according to DA leader John Steenhuisen, is not satisfactory as he said Ramaphosa should update the country at least once a week.

US President Donald Trump holds a briefing daily at the White House where members of the media ask him questions about the country’s response to the global pandemic.

“We call on the President to address the nation regularly – at least once a week – and that these briefings should include the opportunity to answer questions from the media. We also call on him to make public all Covid-19 data, along with the NICD modelling he is using to justify the continued lockdown,” Steenhuisen said.

Saying that he was “mission in action”, Steenhuisen said Ramaphosa had instead left a few ministers to communicate government’s decision which he said were “questionable”.

It's time for Ramaphosa to stand up and lead once again

With nearly 50 days gone since the national lockdown started, we are a nation that is at each others' throats.
Opinion
2 years ago

Ramaphosa has not be seen in public since his visit to the KwaZulu-Natal last week where he met with the provincial executive council.A day later his office confirmed that one of the staff members had tested positive for the novel Covid-19.

Steenhuisen said that it was “unthinkable” that a country would go almost three weeks without being addressed by its leader.“ In the context of this lockdown crisis, 19 days is a very long time. Every day that our economy has remained shut has cost our country billions of rands.

Since the President last spoke, countless more businesses have had to shut their doors leaving thousands more South Africans without jobs and with no income. These past 19 days have been devastating for those already living in poverty.

“Desperate and hungry South Africans have had to watch as food parcels have been hijacked by ANC councillors, and how good citizens trying to feed the poor through soup kitchens and other outreach programmes have been harassed, shut down and arrested. We have seen the steady march of an authoritarian state brutalising citizens, arresting pensioners and terrorising toddlers for the “crimes” of going about their daily lives. And still the President has remained hidden,” Steenhuisen said.

He called on Ramaphosa to treat South Africans as adults and tell them the truth.“If the President doesn’t immediately take South Africans into his confidence and play open cards with them, he will very quickly lose all remaining public support and compliance,” Steenhuisen said.