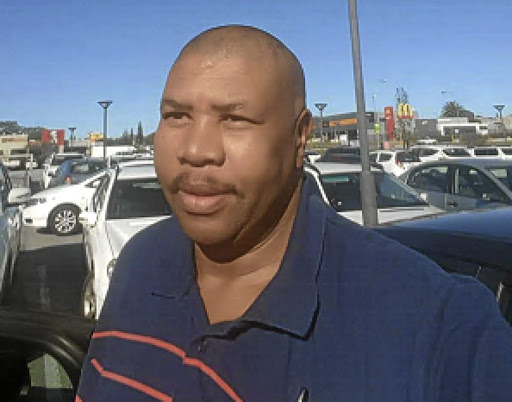 Dr Mkhuseli Boto is accused of attempting to murder his wife. /Supplied

Denying allegations that he said he had "killed that dog" - referring to his wife - after shooting her in the face, attempted murder accused Mkhuseli Boto told the Port Elizabeth regional court that he had never mentioned a word to anyone after the incident.

"If I wanted to say anything I would have said it to her sister," Boto, a 50-year-old medical doctor, said.

Taking the stand after the state closed its case yesterday, Boto, who has a practice in Motherwell, said he initially had not known his wife Tabita, 36, had sustained a gunshot wound before he went to his upstairs bedroom to put away the gun that he claims he took from her.

"At that time I did not think that I could have shot her."

According to Boto, during the morning of August 31 2019 he had received a phone call from his estranged wife who asked if she could fetch clothing from their Brighton Drive, Summerstrand, home.

A few minutes later, Boto claimed, he heard a noise coming from the downstairs kitchen and before he could go to investigate, Tabita's sister allegedly went to his room to greet him.

"After a moment I heard the same noises in the kitchen. I was interested to know what was happening because [Tabita] had said she wanted to fetch clothing and not items in the kitchen," Boto said.

Port Elizabeth doctor Mkhuseli Boto must remain in custody pending his trial for attempting to murder his estranged wife, a court ruled on Wednesday.
News
2 years ago

PI clears Dewani of involvement in the 2007 doctor's murder in King Williams Town Murder accused Shrien Dewani is not linked to a 2007 murder in King ...
News
11 years ago

Tabita, also a doctor, had allegedly packed a few items and left the house on August 28.

He said that when he went downstairs to investigate, he had seen Tabita entering the lounge area and when he approached her from behind he had noticed that she had a firearm in her pocket.

"I said to her why does it look like you have my firearm?

"She turned around and approached me and I immediately saw her take her hand out of her pocket with the firearm and she pointed it at me."

Boto claimed he had jumped for Tabita's hand, in a quick response, because he had not known what would happen next or what she was thinking.

"I tried to wrestle the firearm from her hand. I was not aware it was in a firing position and then a shot went off. She immediately fell down. The firearm was still in my hand."

Boto said he had immediately thought he had to put the firearm somewhere safe because his three young children were in the house.

While making his way up the stairs, to put the firearm away, he had passed their nanny but had not said a word to her.

Earlier in the trial, the nanny, Zoliswa Ntwana, testified that Boto had said to her, "I killed that dog."

Boto vehemently denied saying those words and said that after he put the gun away he had gone to check on Tabita.

"I saw she was bleeding on the right side of her face. I thought she must have injured herself when she fell."

Acting on instinct, Boto said, he had then gone to look for a first aid kit upstairs, but started feeling dizzy with blurred vision and injected himself with insulin. He said after lying on his bed for about 30 minutes, he had heard police sirens outside.

"Police were also at the back of the house calling on a loudspeaker for me to go outside."

After showing the police where his two firearms were, one in the bedroom and the other in his car, he had been taken into custody, he said.