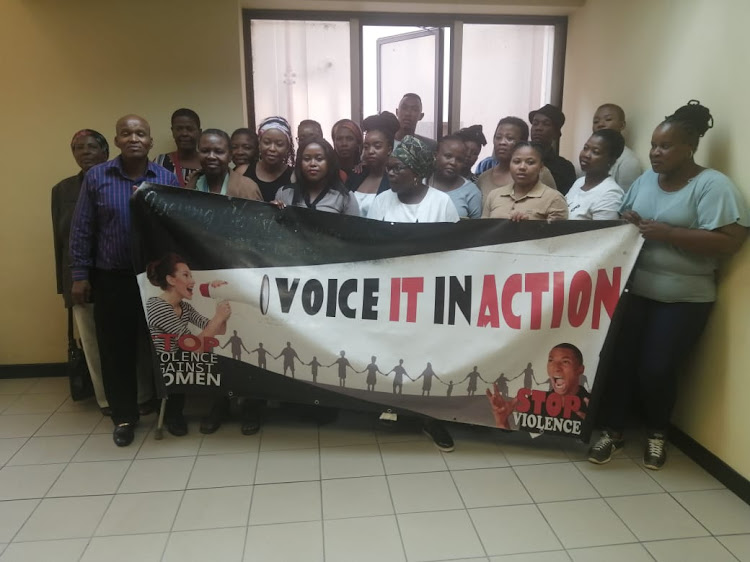 Dlepu family and friends at the Johannesburg high court as they wait for the alleged killer's sentencing.
Image: Promise Marupeng

The family and friends of a Soweto woman who was killed last year are anxiously waiting to hear her alleged killer's fate.

Ntokozo Hadebe, 24, who pleaded guilty to killing his girlfriend Yolanda Dlepu by strangling her, is expected to be sentenced on Thursday afternoon in the Johannesburg high court after nearly a year since Dlepu's death.

The Soweto boyfriend handed himself over to the police in April 2019 after his 24-year-old girlfriend was strangled to death at his home in Zola where she stayed with him.

Here are seven takes from the minister's media briefing in parliament.
News
2 years ago

Dlepu, from Dobsonville, died after years of allegedly being in an abusive relationship with the man.

Speaking to Sowetan during a break while the court was taking a sentencing decision, Dlepu's sister Zimasa said she and her family have  been anxiously awaiting the end of the case so they can have closure.

"Although whatever sentence Ntokozo will get today will never bring my sister's life back, we want justice for her. We also want the killer to be locked away for a very long time so he can never harm another woman again."

Friends and community members who came to support the family said they want a sentence that will be a life lesson to Hadebe and an example to other men who kill, torment and abuse women in South Africa.