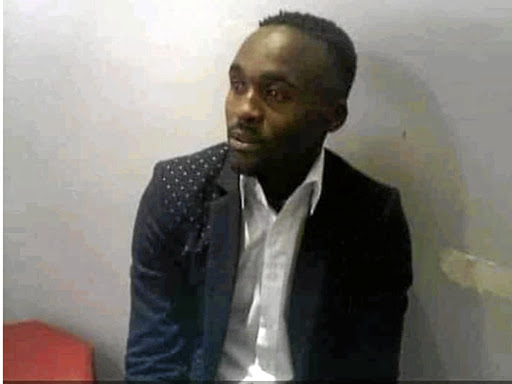 Vusi Mjoli allegedly killed his girlfriend Dimpho Mohau and dug a shallow grave in his house in Soweto to bury her./SUPPLIED

A Soweto man who allegedly killed his girlfriend and hid her body under the bed has three charges of attempted murder pending against him.

Vusi Mjoli, 31, appeared in the Protea magistrate's court last week for the murder of his girlfriend Dimpho Mohau, 40.

He was arrested at Jeppe Hostel, Johannesburg, after he went on the run for two days following the discovery of Mohau's decomposing body at his house in Senaoane, Soweto.

Mjoli allegedly dug a shallow grave in his yard where he intended to bury Mohau's body.

It has now emerged that he was due to face three charges of attempted murder, but police wouldn't comment on the circumstances surrounding the charges.

National Prosecuting Authority spokesperson Phindi Mjonondwana confirmed that there were three other pending charges against Mjoli. Mjonondwana, however, could not give details of the charges.

Mjoli will appear in court on March 27 to face the murder charge. But according to Mohau's mother Ruth Mdaki, one of the attempted murder charges related to a complaint filed by her deceased daughter.

The mother of a woman whose decomposing body was found at her boyfriend's house on Sunday says she pleaded with her daughter to leave the man.
News
2 years ago

Mohau's naked, decomposing body was found wrapped in a duvet at Mjoli's home. The couple had been living together for five years.

Police spokesperson Capt Kay Makhubele said Mjoli was nabbed at the Jeppe Hostel after a tip-off.

"The suspect was arrested last Wednesday. He appeared in the Protea magistrate's court but was remanded in custody. He will be further profiled to check how many other cases he is linked to. Police are still investigating circumstances surrounding the incidents," said Makhubele.

Senaoane residents said they were relieved that Mjoli has been arrested. Neighbour Lorraine Mdluli said he had "terrorised the community with his aggressive behaviour.

"He grew up in front of us, coming from a respectful family but after his parents died he began being unruly and bullying his siblings and the community and turned into an animal," said Mdluli.

Mdluli said last year Mjoli allegedly stabbed a man and ripped his intestines out with a knife. Another neighbour, Thulani Dlamini, said the community was tired of Mjoli's behaviour and they were ready to take the law into their own hands.

"We were searching for him [after he went on the run] in all his hang-out spots so we can necklace him ourselves because he has hurt so many people with his criminal friends," he said.

Dlamini said the community had reported Mjoli to the police on several occasions for allegedly dealing in drugs.

"When we called the police he would be taken in for a day then come back and insult us and tell us he is the kingpin of Senaoane, no one would touch him," Dlamini said.