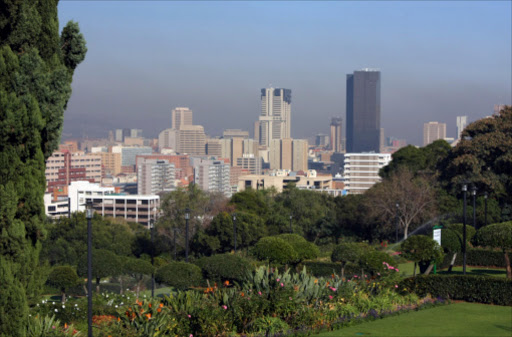 The DA has lashed out a move by an MEC to place the Tshwane metro under administration, saying the party has turned the metro around since taking control. File photo
Image: Gallo Images/Thinkstock

The DA on Monday shot down a move by Gauteng human settlements and co-operative governance MEC Lebogang Maile to place the Tshwane metro under administration.

Last month Maile said that, among other reasons for this, the city was broke.

At a media briefing in Johannesburg on Monday the DA said Maile had jumped the gun. The party's Gauteng leader, John Moodey, said Maile’s statement that Tshwane was under administration was a “blatant lie", adding that the city was a long way from undergoing such a drastic measure.

Moodey said a city could not be placed under administration based on the “whim of an MEC”.

He said there were procedures that needed to be followed, such as identifying where the problems were and offering help, and only if those failed could placing a city under administration be considered.

Moodey said the situation in Tshwane “was not as dire as they are painting it”.

Finance MMC Mare-Lize Fourie said Maile’s reasons for wanting to place the city under administration were flawed and would not stand up in a court of law.

“Maile has been drumming on that Tshwane is bankrupt,” Fourie said, and added that the city was in a better position now than when it was when the ANC was in power.

“When the DA took over the metro from the ANC in 2016, there were serious financial problems. At the time the deficit was R1.3bn. We started with long-term financial plans and  organisational restructuring,” said Fourie, listing several other efforts the DA had put in place to change the situation.

She said that in 2016 the city had only 15 days of cash for day-to-day activities but now had enough to keep the city running for a month and a half.

“We don’t owe any creditors money, including Rand Water and Eskom,” she said.

At the time Maile announced the city would be placed under administration, he had invoked section 139, which gave the province the power to take over the running of the municipality if the municipality was unable to adequately perform the function.

Standoff might end up in court.
News
2 years ago

Maile said at the time: “Some of the reasons include all these allegations of corruption that have been taking place, all these illegal appointments, inability to deal with findings and recommendations of the AG, the collapse of service delivery, and there were no ward committees since 2016.”

“If you look at section 139 [of the Constitution], it says an intervention becomes necessary when there are two requirements that are not met. Number one is when the municipality is unwilling or unable to perform its duties. The second requirement links to an executive obligation.

Fourie said service delivery was an example of an executive obligation.

Acting Tshwane mayor Abel Tau said he believed the city was prioritising service delivery despite the many challenges it faced.

He said in the past few weeks, the city had shown its ability to rise when some locals were displaced by floods, sub-stations caught alight during  the load-shedding crisis and areas such as Hammanskraal and Cullinan faced a water crisis.

These, however, were only some of the challenges the DA faced last year.

DA Tshwane mayor Steven Mokgalapa made  headlines when an audio clip surfaced in November in which he could be heard allegedly having sexual intercourse with the now former MMC Stella Senkubuge. During the 30-minute audio clip, the pair also engaged in talk about toppling some government officials.

In addition to that, the DA rushed to the courts last month to put on hold the implementation of the motion of no confidence against Mokgalapa, which saw him being booted from his mayoral seat. Moodey labelled this a coup by the ANC.

He said the DA had since filed court papers to halt the motion of no confidence resolutions from being implemented.

“We have submitted our documents to the courts and it is now in the hands of the courts to decide. We trust the courts will act as soon as possible,” he said.

Moodey was asked during the briefing whether he was confident that the DA would retain power in Tshwane.

“I am not going to speculate. What we have always done was to ensure political stability to give the people of Tshwane,  Johannesburg and anywhere else peace of mind,” he said.

He said all the challenges the DA had faced simply gave them the opportunity to strengthen the party and build its character.

The Gauteng provincial government has placed the City of Tshwane under administration amid a "number of governance failures" raised in recent years.
News
2 years ago

The high court in Pretoria on Friday ruled in favour of the DA in its bid to hold on to the municipality.
News
2 years ago
Next Article