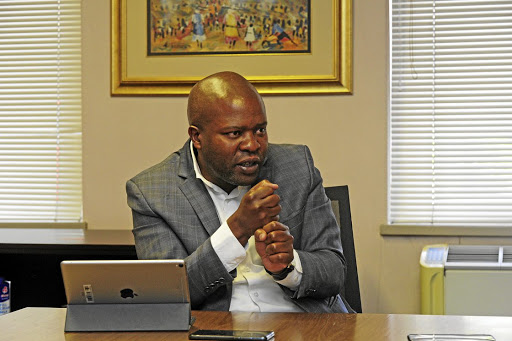 Gauteng MEC for cooperative governance Lebogang Maile plans to take over the running of the City of Tshwane.
Image: Thapelo Morebudi

The Gauteng provincial government plans to take over the running of the City of Tshwane - making it the first metro in the country to be put under administration.

Gauteng cooperative governance MEC, Lebogang Maile said the provincial legislature took a decision to start the process of taking over the running of Tshwane following a "number of governance failures" that had been raised in recent years.

"The process is that you must take a decision first through provincial cabinet and we have done that. I can confirm that we have made that decision. A municipality is a municipality whether it's a metro or not," Maile said.

"They are not yet under administration, we have just announced our intention and then there are processes that must be followed, which we will follow."

According to section 139 of the constitution, a provincial government can intervene by taking over certain responsibilities, or dissolve the entire council, where the municipality fails in its obligations to provide service delivery, lack of capacity in administrations, high political infighting and instability, and if it's not financially viable, among others.

All these, according to Maile, had been flagged and communicated to the municipality over the years.

Maile said his decision should not be seen as a political move, or an attempt by the ANC to take over the city using back doors as the DA has claimed.

"Now the DA is behaving like a typical dying horse. So they are clutching at straws and creating an impression that we are doing this for political reasons.

The Gauteng provincial government has placed the City of Tshwane under administration amid a "number of governance failures" raised in recent years.
News
1 year ago

The municipality has been embroiled in several scandals, some of which ran into billions of rand.

Its former municipal manager Moeketsi Mosola is embroiled in allegations of wrongdoing over the 2017 awarding of a multibillion-rand project management deal to engineering company GladAfrica.

The DA-led municipality had several irregular appointments where it hired senior officials to positions they did not have the required qualifications for.

"We think we must help them and this should not be seen as punitive because we are not doing it in Tshwane only, we did it in Emfuleni which is an ANC-run municipality," Maile said.

The decision is expected to take effect next year after consultations with the minister of Cogta and the premier, among others.

South African Local Government Association and Cogta confirmed there had been no other metro placed under section 139 administration.

The DA ha rejected the intention to place Tshwane under administration.

"Despite statements by Maile that he has placed the City of Tshwane under administration, this remains an empty threat, and the city continues to deliver world-class services to its residents," said Msimanga.