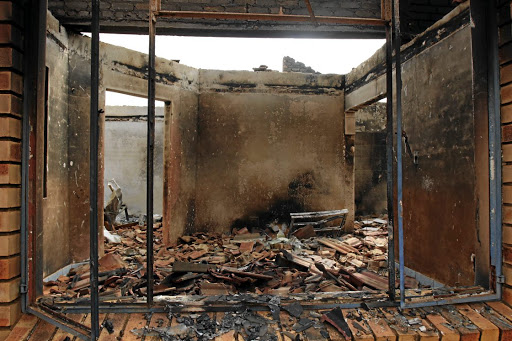 One of the three houses which were torched at Hlanganani village, Giyani, by residents on the witchhunt for suspects following the suspicious death of a local.
Image: ANTONIO MUCHAVE

The death of a man has sparked a vigilante attack after his family members found he had body parts missing.

James Makhubele, 69, from Blinkwater village outside Giyani in Limpopo, was meant to be laid to rest on Sunday, but his family were shocked to discover his private parts were missing during a body viewing.

Makhubele was believed to have died in an apparent hit and run. But his family claimed he was killed and his body thrown on to the road to look like he was hit by a car.

Enraged community members, who were at the funeral, torched three houses belonging to three people they suspected of killing him and cutting the deceased's body parts.

According to relatives, Makhubele's body had deep cuts on the thighs and had his penis cut off.

Police spokesperson Col Moatshe Ngoepe said investigations have been broadened and a second postmortem would be conducted.

Ngoepe confirmed the family had registered a complaint, regarding missing body parts of the deceased.

Makhubele's niece Sophie Maluleke, 42, said her uncle was last seen at family gathering on August 3 when he retired for the night.

"When we got home we found that he wasn't there. While we were still worried about where he could have went, somebody came to inform us that my uncle was hit by a car and he is dead," Maluleke said.

"We found him dripping blood from his pants, but his trousers were still intact. 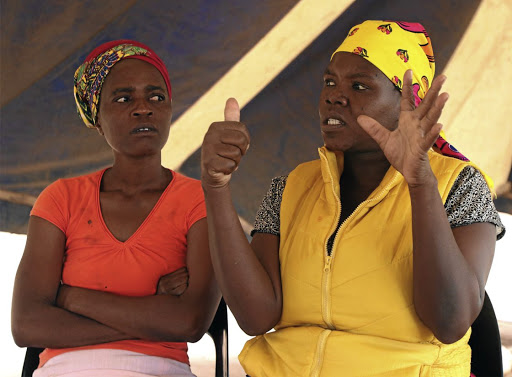 "We didn't check what caused the bleeding because we immediately called the police to the scene," she said.

The family could not see Makhubele's body for a week at the government mortuary in Elim because of a service delivery protest.

She said on Sunday during the funeral, rumour swirled that her uncle may have been a victim ritual killings.

"Two men from the community volunteered to inspect the entire body during the funeral proceeding and found his private parts missing."

The deceased's brother Rexon said they immediately called off the funeral and called the police to do further investigation.

"We were shocked. What they did to my brother is inhumane and I want whoever did this to pay.

"We had already spent R20,000 for funeral costs. We had no choice, but to allow the mourners to feast," he said.

The families of two toddlers who died after they had a dose of antibiotics at a Limpopo hospital have vowed to sue the state for negligence.
News
2 years ago

The local headman Johannes Makhubele (not related) said he was one of the people called to inspect the body.

"I understand my people's frustrations because there have been people killed in what is suspected to be ritual killings.

"What worries me and my people is that whenever this happens, we suspect only one person and we take every information to the police but nothing happens at the end," he said.

The headman said the community resolved they were going to confront the main suspect but he was nowhere to be found. They burnt his house and of those believed to be working with him.

Ngoepe said the deceased was knocked down by a motor vehicle which failed to stop. A case of culpable homicide was opened, he said.

Ngoepe added that the suspects involved in the burning of the houses were still unknown and no arrests were made as yet.

A policeman at the local police station told Sowetan a postmortem revealed that Makhubele didn't have any body parts removed.