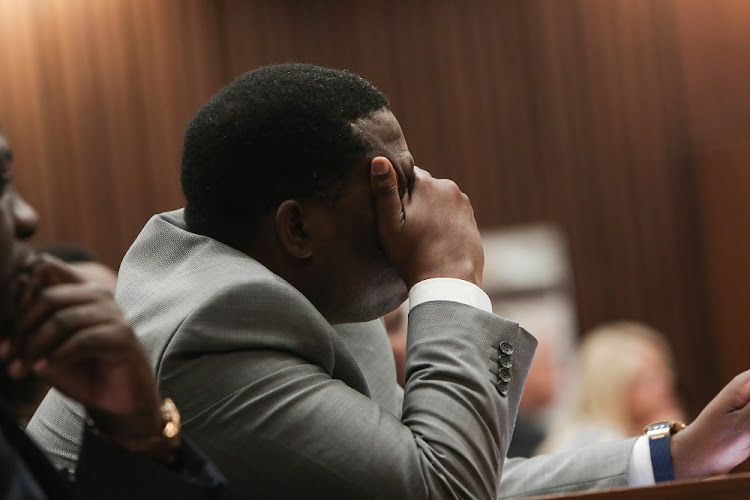 Gauteng MEC for Education Panyaza Lesufi is frustrated at how a rape of a grade 9 pupil has been handled
Image: Alaister Russell

A team of investigators has been assembled to probe a case of negligence by teachers at Thuto-Lesedi Secondary School in Vosloorus, Ekurhuleni, where two boys are accused of the rape of a grade 9 pupil.

Yesterday, Gauteng education MEC Panyaza Lesufi accused teachers at the school of failing to inform the department about the rape of a 16-year-old girl.

The incident happened last month where the victim was allegedly dragged to the school's toilet by two grade 12 pupils. Both boys, 19, have since been suspended from school.

Lesufi, who visited the school, said he was angry with the teachers for delaying to "give us information".

"We have extended the pain of the learner. I am angry that the young girl has gone through pain without relevant support. The teachers did not act according to our own protocols. We will act on the basis of the report that will be submitted to us by the team," Lesufi said.

Gauteng education MEC Panyaza Lesufi has placed Thuto-Lesedi Secondary School in Vosloorus in the bottom 21 schools that are problematic in the ...
News
3 years ago

Classes were interrupted as a group of parents and pupils from three other schools in the area protested outside the school. The parents demanded the two suspects, who appeared at the school for the disciplinary hearing, to be arrested.

Meanwhile, Lesufi announced that he had placed the school in the bottom 21 schools that are problematic in the province.

"We want to clean the school and don't be surprised when you see police and sniffer dogs coming here. We have heard that the school is infested with drugs and a group of pupils in grade 12 are recruiting the ones in grade 9. We have also asked the learners to give us the names of all the bullies at the school," Lesufi said.

Lesufi said he would speak to the provincial police commissioner for the case to be moved to the province and a proper prosecutor to attend to the case, to cut out the involvement of the local police.

One of the student leaders Kwando Gazu said all they wanted was to get their dignity back.

"We want to feel safe when we come to school. Our school has been turned into a drug den, but we can't say anything as we fear for our lives. It is also sad that as the members of the representative council of learners, we were never briefed about the rape incident," Gazu said.

The victim's sister said they were worried about her safety as the suspects were still roaming in the streets.

"She stopped going to school for two weeks as there was no action taken by the school. She is scared to even go to the nearby shop. "When she came on Monday, some pupils labelled her a liar and started intimidating her," the sister said.