Angry family of beheaded teacher in fight with cops outside court 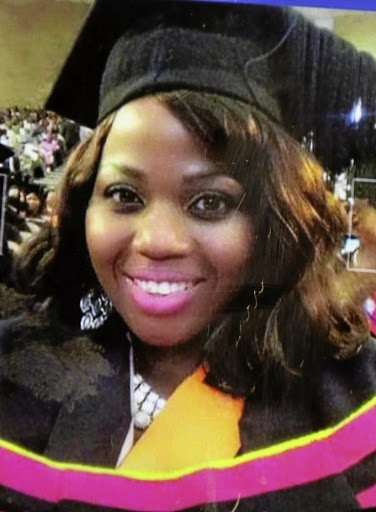 The family of a murdered teacher who has not been buried due to missing body parts has been involved in a skirmish with police outside the Burgersfort regional court in Limpopo.

In a video circulating  on social media,  a group of angry people are seen fighting with police, shortly after the murder case against Precious Magabane’s boyfriend and his friend was postponed.

After the accused were arrested, they showed police where her body parts were hidden. However, police could only recover the 33-year-old’s head and intestines at the location pointed out by the accused in Burgersfort.

On Monday, the group is seen assaulting and dragging down a female cop onto the dusty ground and repeatedly kicking her. The video further shows the mob restricting other police from saving the troubled female cop.

One of the male cops then intervened and saved his colleague from receiving a barrage of kicks while others watched on. Magabane’s sister Jennifer Zungu, 48, said she had to be taken to hospital for leg injuries after police pushed her.

“We were in court with the community members waiting to receive a feedback from the investigating officer because we want to know if they are locating Precious's other remains. Police ordered us to leave without any explanation and the community got provoked.

“While we were walking out, police started  pushing everyone,” she said.

Police spokesperson Col Moatshe Ngoepe said when the incident happened, police were monitoring the situation at the court.

“The community members who were outside the court started to swear and attacked the police. Police used minimum force to disperse them.

“Two suspects aged 27 and 37 years were subsequently arrested. They will appear in the Praktiseer magistrate’s court,” Ngoepe said.

The headless body of a 29-year-old woman was found in a flat in West Street, Kempton Park on Friday morning, said Gauteng police.
News
2 years ago

Zungu said the family still maintains that no burial will take place without Magabane's remains. “We only went  to the mortuary once to see the remains. However, we were planning to go this week before what happened in court,” she said.

Magabane’s uncle Caiphus Magabane said court was postponed due to the absence of a court interpreter and the family viewed this as one of the attempts to delay the case.

“We regard this postponement as a delay for justice because since January the two suspects have not said anything to the court. The case is always postponed for things that can be prevented.

“I don't understand why a female cop picked a fight with a grieving family. I was even pepper sprayed but I was helping to break up the fight. The police are protecting the suspects more than the family,” he said.

He said his niece’s head was still at a government mortuary. “Her remains are still at the morgue and we are not liable for the costs. We can't bury just a head,” he said.

Ngoepe said they were in talks with the Magabane family over the release of her remains. “We can’t reveal the details as yet because we are also still conducting investigations,” he said.

Neighbours tell of noisy fight between couple
News
2 years ago

Woman's headless body found - in her own bedroom

Fearing a ritual murder link to a gruesome discovery‚ Limpopo police have launched a manhunt for the suspect or suspects involved in the killing of a ...
News
3 years ago
Next Article