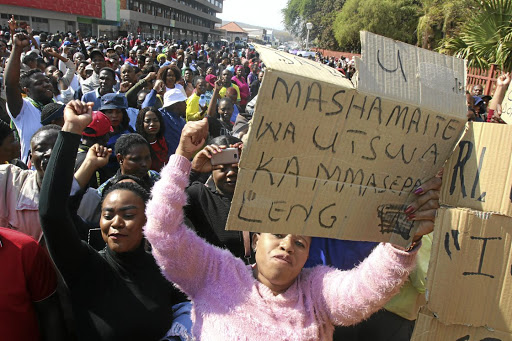 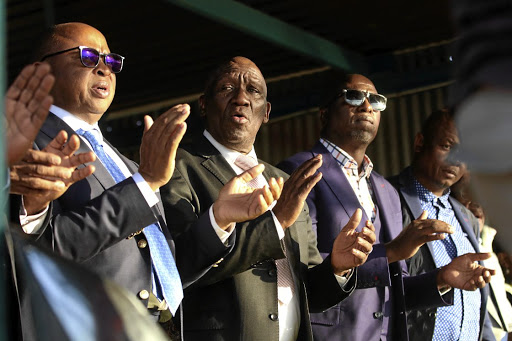 Speakers at the memorial service for slain Mogalakwena councillor Valtyn Kekana, who was also chairperson of the Municipal Public Accounts Committee, have called on mayor Andrina Matsemela to resign with immediate effect.

The service at Moshate, Mokopane, yesterday, was delayed after angry residents took to the streets, demanding that Matsemela must step down.

Kekana, 52, and Ralph Kanyane, 33, were killed by unknown gunmen in Mokopane, Limpopo, in a suspected hit last week.

Cosatu first deputy president Mike Shingange called for residents in Moshate to continue with the shutdown until their demands are met.

"We have been raising serious issues of corruption in that municipality and nothing has happened. As Cosatu we say continue with the total shutdown until the mayor is removed," Shingange said.

"There is not political leadership in the municipality and now comrades are resorting to killing one another."

Shingange said the ANC has failed to lead the people of Mogalakwena.

Municipal spokesperson Malesela Selokela said it was only the ANC that can recall the mayor. Matsemela was conspicuous by her absence at the memorial service.

Angry residents march in Mokopane to demand that mayor resigns

Angry residents of the embattled Mogalakwena local municipality have shut down Mokopane town in Limpopo to demand the resignation of the mayor and ...
News
2 years ago

MKMVA regional leader Sam Montana told mourners they had resolved to submit the names of Piet Pale, Valtyn Kekana and Ralph Kanyane to have streets named after them.

"These comrades were killed for fighting corruption and their deaths shouldn't be in vain. We are going to name three streets in Mokopane after them. We are very serious about this because they should not be forgotten," he said.

Montana said the mayor should go and urged the ANC to act quickly before many people get killed.

SACP district secretary David Makhafola pleaded with the police to arrest the person who hired the hitmen.

"As much as we want the police to arrest the people who shot and killed Kekana and Kanyane, we also want the person who hired these people to be arrested," Makhafola said. "We also want mayor Matsemela removed because we believe we lack political leadership in the municipality."

Makhafola also blamed the ANC and Limpopo premier Stanley Mathabatha for failing to listen to the problems of the people of Mogalakwena.

Kanyane was buried last weekend while Kekana will be laid to rest tomorrow.