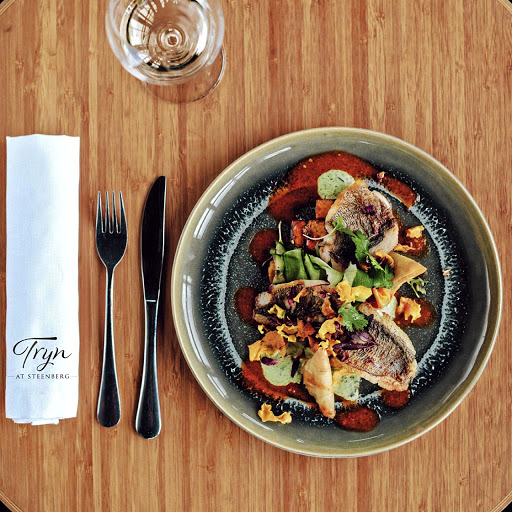 Is there a better feeling for a foodie than when you find the perfect wine and food pairing? Warmer weather calls for some light drinks and food perfect for picnics and evening dinner parties.

So if you're flirting with the idea of hosting some guests, keep reading. This week I review some merlot and you can try out a recipe from chef Kerry Kilpin of the newly established Tryn restaurant at Steenberg in the Constantia Wine Valley.

Mix together and season

Grill the fish with a little oil in a hot pan for about 2 minutes on each side.

Ensure to get a nice good golden colour and crispy skin. Add a squeeze of lemon juice.

Serve the grilled fish on top of the roasted butternut. Drizzle with harissa vinaigrette and coriander yoghurt. 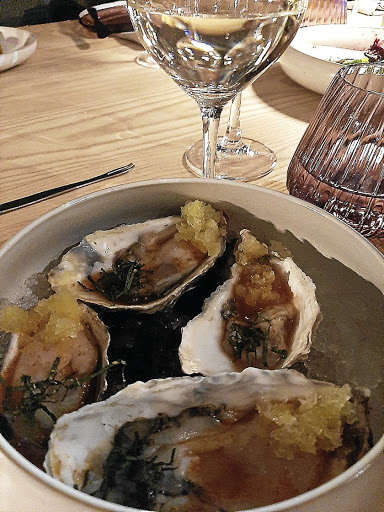 Starters were a choice between oysters with citrus ice or arancini (deep-fried nuggets of risotto) with saffron aioli. The mains were a choice of beef fillet, butternut and goat cheese risotto, and grilled salmon, with the desserts being chocolate mousse, orange and Campari cake or gelato and biscotti.

The verdict is in - the white merlot, is a winner; it went well with the citrus-based dishes. The oysters with the citrus ice left a refreshing, crisp taste in the mouth. It was also a lovely accompaniment to the orange and Campari cake highlighting the citrus note there. It is the perfect drink for lazy summer picnics, a light, crisp compliment to the food.

Adam, the red merlot, is the perfect partner as it is not as intense as normal merlot which is good with winter dishes. This one is a lighter, and is the perfect drink to keep sipping on all night. If you strip the bottles down they can be used as vases with a pretty cool serpent design. 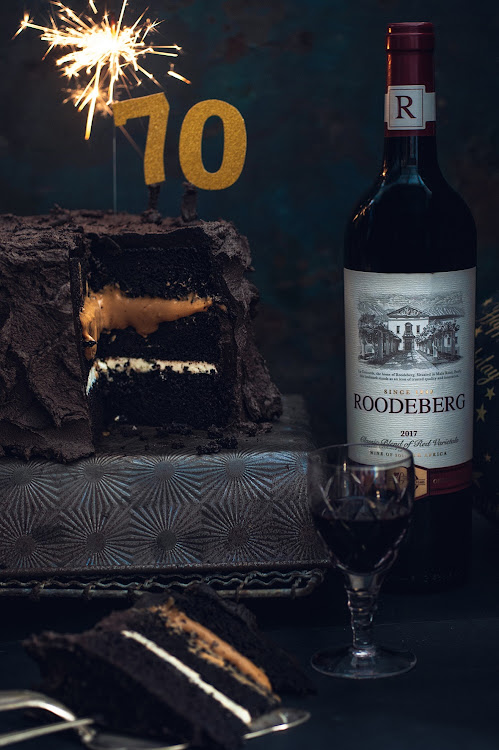 Dessert with wine is a must

In a large mixing bowl and with an electric mixer, whip the sugar, eggs and vanilla essence until light and thick. With the mixer still on, slowly add the oil and mix until incorporated. Mix in the espresso shots followed by the buttermilk.

Sift in the cake flour, cocoa powder, bicarbonate of soda and the fine salt. Mix until well combined.

Divide the batter evenly between the three cake tins.

Bake in the oven for 35-45 minutes or until a skewer comes out clean.

Remove from the oven and allow to cool completely before removing from the cake tins.

In a large mixing bowl and with an electric mixer, whip the butter, icing sugar and vanilla essence for 10-15 minutes. Once light and airy, remove 1/3 of the icing and place in a large piping bag fitted with a large round nozzle. Add the cocoa powder and espresso to the remaining icing and whip for 5 minutes until well incorporated.

Spoon the caramel in the centre and top with the third layer of cake. Roughly cover the entire cake with the chocolate icing. Place the cake in the fridge for about 2 hours to set.