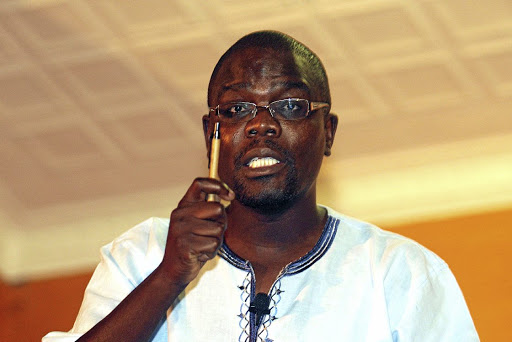 Prince Mashele pledged in a form to support the party's vision and programme.
Image: Veli Nhlapo

Prominent political analyst Prince Mashele, who has been critical of the ANC and its administration in recent weeks, had allegedly applied to be a public representative of the DA before the recent elections.

In his column in Sowetan newspaper, Mashele launched a blistering attack on President Cyril Ramaphosa and labelled his cabinet ministers Angie Motshekga and Blade Nzimande as"expired dinosaurs" and "fossils".

The columnist also lampooned Ramaphosa's head of policy in the presidency Busani Ngcaweni, calling him "a hollow tin", among others.

Mashele, who has held positions including the executive director at Centre for Politics and Research and lecturer in political science at the University of Pretoria, saw his broadside forcing the president's spokesperson Kusela Diko to craft a response in which she called Mashele a "prophet of doom who is trafficking stereotypes".

But it appears Mashele's critique was not as objective and constructive as he made it out to be, but was informed by his political allegiance to the DA, according to documents.

Sunday World has seen an application form that Mashele allegedly completed on June 30 last year to be a DA 2019 candidate to the provincial legislature and national parliament.

The form, which has the DA's letterhead and was certified by Midrand cops, reads in part: "I, Prince Mashele [the candidate], declare that all information in and all other forms relating to my candidature are, to the best of my knowledge, complete and true. 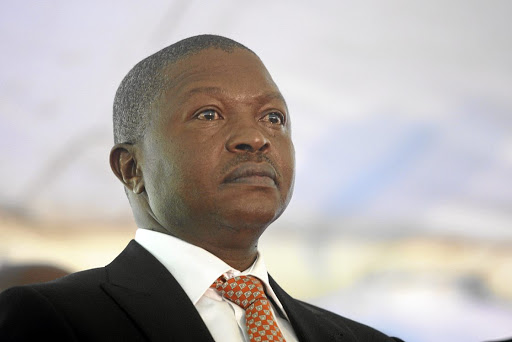 "I understand that if any material omission or falsehood is discovered, I will be automatically be disqualified from participating in the candidate selection process and that this may lead to disciplinary action in terms of the Federal Constitution."

When the DA took the reins in Joburg, Mashele was appointed to the board of one of the city's entities - the Johannesburg Development Agency.

Mashele, who is being sued by EFF leader Julius Malema for calling him and his disciples "graduates of the corrupt ANC" after the VBS scandal that linked party deputy leader Floyd Shivambu's brother Brian to the looting of the defunct bank, according to the documents, had also vowed to support and propagate the vision and DA's programme.

Mashele, who shot to prominence more than 10 years ago when he was a member of a think-tank called The Midrand Group that used to write critical opinions about former president Jacob Zuma, may also contest as the party's candidate in the next municipal elections, according to the form. "I confirm that, except as provided for in the Regulations for the Nomination of Candidates, I'm not ineligible through being a 'close family member' of another candidate or incumbent intending to stand in the same municipality, as defined in these regulations," read the form.

DA spokesperson Mabine Seabe referred questions to the party's federal chairperson James Selfe, who could not be reached for comment. He also did not respond to messages.

Mashele was not available for comment as his phone rang unanswered and he did not respond to text messages.

The fact is that Mashele is politically naive and intellectually hollow.
Opinion
2 years ago
Next Article