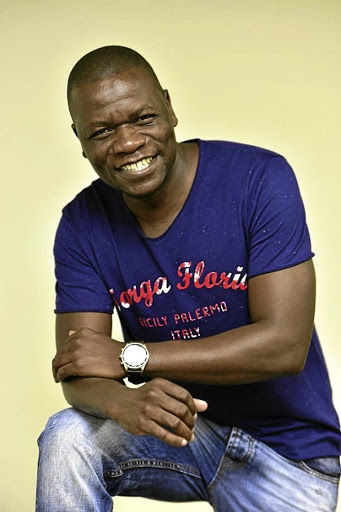 Popular Muvhango actor Macdonald Tshifhiwa Ndou, who plays the character of KK, is languishing in freezing cold police cells after being bust by the Hawks on Friday.

Ndou, made popular by his wardrobe of colourful suits on the soapie, was nabbed with two other men on charges of extortion, corruption, theft and kidnapping.

This after the trio allegedly impersonated police officers and allegedly tried to extort a R100,000 bribe from a Gauteng businessman by threatening to arrest him for illegal diamond trading.

Businessman Mark Howard opened a case after the Wednesday incident that apparently happened at a house in Isando, east of Joburg, where he was to meet a Namibian businessman known only as Lillo for a diamond business deal.

Howard told police he was lured to the house by one of the three suspects, who is a mineworker, after being told the house was the location for his meeting with the businessman.

However, he said the Namibian businessman never showed up and instead they got uninvited guests who claimed they were police officers.

According to a police statement seen by Sunday World, Ndou and the two other men stormed the house while Howard had just put diamonds on a table, and claimed to be police officers.

"They demanded R100,000 from the complainant in order not to arrest him and he only had R5,500 in his wallet. They took the money and instructed him to show the [bank] balance from his phone," reads the statement.

The statement further alleges that the Muvhango actor and the two suspects took the businessman to Festival Mall and Glen Marais shopping centre, both in Kempton Park, where they allegedly forced him to withdraw R31,000.

But they were apparently not done. The police statement further indicated that after forcing Howard to withdraw the money, the trio demanded that a further R20,000 be delivered to them in two days' time.

The actor and his two accomplices were nabbed by the Hawks during a sting operation at Southgate Mall, south of Joburg, where they were meant to collect the R20,000 from Howard on Friday.

The trio were arrested after allegedly collecting the money and were detained at Mondeor police station.

Hawks spokesperson Ndivhuwo Mulamu confirmed the case but refused to disclose the names of the suspects, stating that they must first appear before court tomorrow.

"We can confirm that we arrested three suspects yesterday [Friday] for extortion, kidnapping, theft, corruption, aiding criminals and impersonating police officers. However, we cannot disclose their names until they appear in court," said Mulamu.

Howard, the CEO of Isisele Technologies, confirmed opening the case with the police but did not want to give more details. "I can only talk to you on Monday about this matter," he said.

Ndou's phones were all on voicemail when contacted for comment.

This is not the first time the Muvhango actor has had a run-in with the law.

The actor and his colleague Sydney Ramakuela, who plays Mulalo on Muvhango, were arrested by Joburg metro police officers for allegedly driving under the influence of alcohol in 2014.