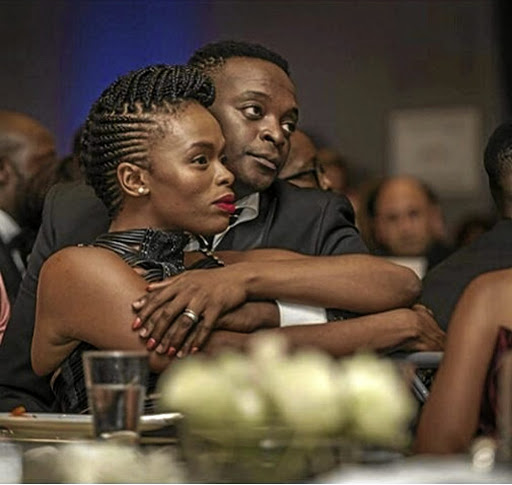 Idols SA judge Unathi Nkayi's marriage to Thomas Msengana broke down after she discovered that he was allegedly "sexting" a Joburg woman.

These explosive tidbits are contained in Nkayi and Dlalisa's affidavits, which they filed separately in their protection order battle at the Randburg magistrate's court last month.

Dlalisa obtained an interim protection order at the court on June 24 after alleging that Nkayi was harassing her.

This after Nkayi took to social media and claimed that Dlalisa was allegedly sexting Msengana, who co-hosts the Lunch with Thomas & Pearl show with the sultry Pearl Modiadie on Metro FM on weekdays, while they were still married in 2014.

Dlalisa had wanted the interim restraining order to be made permanent but the court dismissed her application with costs last week after Nkayi defended her posts, saying they did not amount to harassment.

Her lawyer Andrew Boerner said: "It was disappointing that the court did not come to the protection of an innocent person because this was a classic case of mistaken identity. We are considering further options as there was no evidence, despite the respondent claiming that evidence would be provided in court.

"The conduct is actually shameful."

In her affidavit, seen by Sunday World, Nkayi defended herself and maintained that she had an "unfortunate history" with Dlalisa, whom she accused of contributing to the disintegration of her marriage to Msengana, popularly known as Bad Boy T.

Nkayi had also pleaded with the court to dismiss Dlalisa's application for the interim protection order to be made final, arguing that her social media posts didn't constitute harassment. 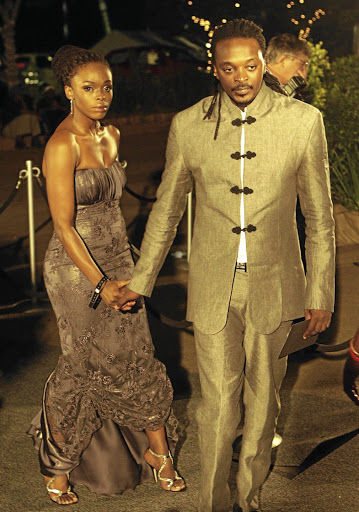 Unathi Nkayi and Thomas Msengana, aka Bad Boy T, during happier days as a couple when they graced the 2008 Metro FM Awards in Tshwane. They have since divorced.
Image: Gallo Images

She said the case should be referred to the high court as it didn't belong in the domestic violence court.

The entertainer asked the court to obtain cellphone records of Dlalisa and those of Msengana.

"The comments I made in the post are substantially true and in the public interest, alternatively are fair comment and were reasonable in the circumstances. I accordingly seek a subpoena in terms of Section 7 of the Harassment Act directing that: The cellphone records of my ex-husband, one Thomas Msengana, be produced by his mobile service provider for the period of 1 January 2014 to 31 December 2014; that the complainant's mobile service provider(s) produce all cellphone records registered in the complainant's name for the period of 1 January 2014 to 31 December 2014," read the papers.

In an attempt to poke holes in Nkayi's version of events, Dlalisa said she neither knew the songbird nor Msengana and was never involved in an adulterous relationship with him.

"... I have categorically stated that I do not know the respondent or her ex-husband, that I have never communicated with him via WhatsApp or SMS and, as such, the respondent has targeted an incorrect person. The only reason she is posting such comments on social media to her hundreds of thousands of followers is to harass me and to cause me emotional, psychological and economic harm. Rather [than] the person who cheated with her ex-husband, she ended up harassing me," she said.

Dlalisa said although Nkayi alleged that she identified her via her hairstyle in a picture she allegedly sent to Msengana, she failed to produce the photo in question and specify the type of the hairstyle in question.

"That she saw sexually explicit pictures, the respondent was able, from the pictures, to see the complainant's face and other distinguishing features such as hairstyle. She says she spoke with a lady who apologised [to her], she remembers the nickname of the person, she makes reference only to a user name on media platforms [that] matched," read the papers.

She also said Nkayi failed to produce a confirmatory affidavit from Msengana confirming that she indeed was his sultana.

"Further to the above I deny that I have ever had a telephone conversation with the respondent wherein I apologised to her. The respondent has failed to annex telephone records despite alleging in the letter dated February 2 2018 that she contacted me. That she saw sexually explicit pictures," read the papers.

She pleaded with the court to grant her a permanent order because of the harassment she endured on social media.

"As pointed out in the founding affidavit, the comments from the public relating to the social media posts are very negative towards me and cite me as unprofessional, the devil or Satan and refer to me as bofebe, which translates to 'b**ch' or 'living like a b**ch'," read the papers.

Attempts to solicit comments from Nkayi and Msengana drew a blank as their phones rang unanswered and they did not respond to texts.