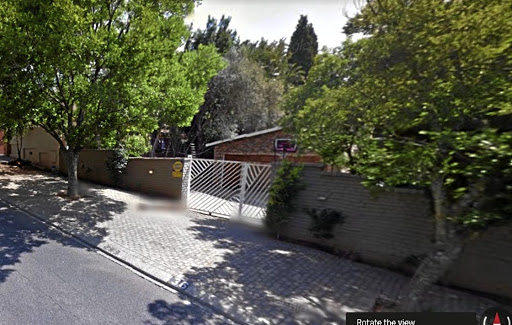 HHP's home in Randpark Ridge in which he allegedly committed suicide may be sold by the bank.

Nedbank is knocking on the grave of the late artist HHP demanding that he settle the bond arrears of the R2.1m house in which he allegedly committed suicide, or face repossession.

The muso bought the house in Randpark Ridge, north of Joburg, via his company Hip Hop Pantsula Production in 2009. The house formed part of the estate the muso, real name Jabulani Tsambo, left for his son. The child's mother, Lerato Khanye, died of natural causes last year.

Sunday World can reveal that the bank had obtained summons against Hip Hop Pantsula Production at the Joburg high court demanding a payment of R800,000 after it allegedly failed to keep up with monthly instalments.

According to court papers filed by the bank's attorneys, Lowndes Dlamini Attorneys on Wednesday, the bank loaned the late award-winning artist's record label more than R1m to purchase the house in 2009. It further lent the company R252,000, ballooning the loan to more than R1.2m, show the documents.

The Motswako sensation's company was supposed to pay the bank more than R10,000 in monthly instalments over a period of 240 months.

But the company allegedly defaulted on its bond repayments after the artist's untimely death in October last year.

The company was more than R54,000 in arrears after failing to service the bond for more than five months, according to the documents.

The lawyers further stated in the papers that they had sent letters of demand to the company's address in Melville and the artist's house in Randpark Ridge earlier this year pleading for the settlement of arrears, without any success. The letters were preceded by a letter of demand sent in February.

Court to decide custody of teen.
News
2 years ago

The letter, which was attached to the papers, reads in part: "We confirm that you are in breach of agreement with account number [withheld] in that you have failed to make payment of the monthly instalments to our client.

"The overdue arrears amount as at 1 February 2019 amounts to R22,926.03. Kindly note that should our client not receive payment of the said overdue arrears amount within 10 business days of delivery of this notice, we have been instructed to, inter alia, proceed with legal action and have the mortgaged property declared specially executable," reads the letter.

The lawyers said the artist's company owed the bank more than R775,000 as a result of its failure to pay the bond. They said they might also ask the court to grant them a writ of execution to sell the house, which owes the City of Joburg more than R14,000 in unpaid services, to recoup its losses.

"People are cutting corners because the bank did not send any SMS or letters to the family complaining about the arrears. We are indeed shocked as the family and we will engage the lawyers to deal with the matter accordingly," he said.