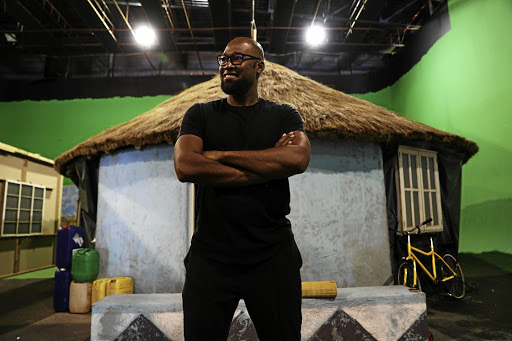 Shilubana said he is now at peace because his dream of speaking his home language on TV has come true.

Shilubana said he was sick and tired of always having to fight with producers who did not want the language on set in his previous projects. Some did not even know that Tsonga is an official SA language.

The hunky actor plays Vukosi Moyo, a corrupt councillor who chooses money over his own people, but will later choose love over anything.

Although the drama is dominated by Tsonga, Khelobedu and Venda are also thrown into the mix.

Individually, the more languages you know, the more you are human.
Opinion
2 years ago

"We will hopefully use this story to bring Limpopo together because in reality, our people are fighting each other over their culture and language," he said, referring to the violence that plagued Vuwani in Venda in 2017 and 2018, apparently due to fights between Venda-speaking and Tsonga-speaking residents.

Shilubana burst onto the scene in 2004 when he played Mubara in the highly successful but controversial theatre production, Cards. The sexually explicit play is set in a Hillbrow brothel and follows the lives of prostitutes at a nightclub.

In one scene, Shilubana had to strip to his birthday suit in front of capacity crowds at both the State Theatre in Pretoria and Joburg's Market Theatre.

He said he saw a video cassette with a play named Cards and was excited about it and thought it could be done locally.

"I spoke to Mpumi [producer Mpumelelo Grootboom] and he said they didn't have enough money to do the play and I offered to take the Mubara character without pay."

Giyani: Land of Blood is on SABC2 from Monday to Wednesday at 9.30pm.