IN PICTURES | Here's what went down at the #SAFTAs13 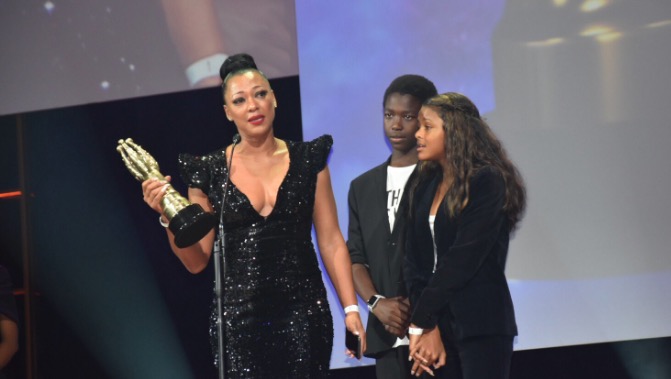 Lorcia Cooper with her children as she accepted her first Safta award on Saturday night.
Image: Twitter/Nathi Mthethwa

The crème de la crème of the entertainment industry gathered in Sun City on Saturday night for the annual South African Film and Television Awards (Saftas).

Mzansi's famous faces including the likes of Somizi Mhlongo, Linda Mtoba, Boity, Penny Lebyane, Skolopad and several others  pulled out all the stops on the red carpet, which kicked off the night's festivities.

The queen Linda Mtoba is looking all sorts of glam #SAFTAs13 pic.twitter.com/I1fZ5a8PEN

Some Red Carpet rehearsals with @somizi at #SAFTAs13... pic.twitter.com/8QAUCxfihr

Actress Moshidi Motshegwa clinched the best actress award for her role on The River, which also came with a R50k cash prize.

As reported by TshisaLIVE earlier this month Moshidi will not be returning to the next season of the show after an alleged feud with a co-star apparently led to her contract not being renewed.

Moshidi struggled to fight back tears as she gave a powerful acceptance speech and dedicated the award to her late father and grieving mother.

Lockdown's Lorcia Cooper, who has been in the industry for 16 years moved the audience and viewers at home with her emotionally-charged speech when she collected the best supporting actress in a TV drama horn.

Lorcia became tearful as she revealed that this was her first nomination and award in so many years of being in the industry. She also revealed that her surname was also Khumalo these days.

Lorcia sent social media into an absolute frenzy when she said "awe ma se kind" about three times and spoke about Coloured people in SA.

Boity and Sho Madjozi opened the ceremony with a rocking performance, while hosts Pearl Modiadie and Thomas Msengana did the things.

How is this Lorcia Cooper's (Khumalo) first award? ? ?craaaaazy #SAFTAs13

Congratulations to @LorciaCooper who tonight, received her very first nomination & her first win in her acting career. Your story is an inspiration & proves that hard work & perseverance truly pays off when one is motivated by passion & the love for what they do. #SAFTAs13 pic.twitter.com/YayibJAROr