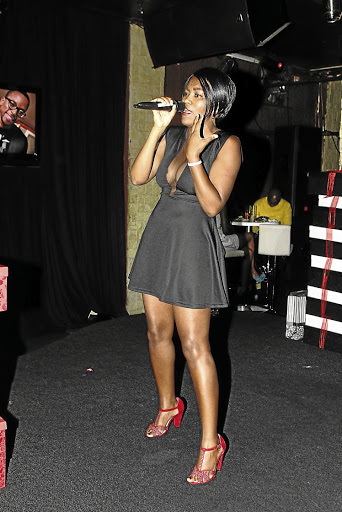 Thiwe has realised her dream of an all-female album.
Image: Mabuti Kali

Having just launched an all-female nine-track compilation album called SHE VOL 1, songbird Thiwe has praised artists who came together on the project, claiming women can often be sassy and hard to work with.

Thiwe told TshisaLIVE that she had the idea to create SHE VOL 1 because she wanted to break the existing stereotype surrounding female artists.

"If you send a message out asking for collaborations, you are most likely to get the male artist responding first to the call. If they are available, they are more than happy to do it," said Thiwe.

"But with us women - and I don't wanna put it in a bad way - but we are so fussy and it's heartbreaking. But it is what it is. So, instead of just complaining about it, I wanted to put action where my mouth is."

Some of the artists included on the album are Nothende, Berita, Ternielle Nelson, Aus Tebza, Ayanda Jiya, Disebo, Katlego and Thando Nje.

Thiwe explained that with her previous two albums and experience, one of the hardest things was getting female artists working together.

Known for as the amazing voice that has made timeless music with Black Coffee, Sai & Ribatone, Zano, Ziyon and Busiswa, she said she saw something she wasn't happy with and moved to rectify it.

"Mampintsha and I are fine. Despite everything that has been said about us‚ si right thina.
Lifestyle
3 years ago

"If it were up to me, over the years I probably would have had so many more collaborations with female artists. But women aren't always open to collaborations."

For Thiwe, the hardest part was the stress that came with trying to ensure everyone's needs were catered for.

"The hardest thing was trying to make sure that everyone is happy. The thing with a compilation is that there are a lot of individuals involved in this and everyone has their own ideas.

"They feel very strongly about their positions. It was just one or two people that said, 'you know what, at the end of the day how this compilation sounds is up to you'."

Thiwe's last project, Soul Therapy, was well-received and she could have easily gunned for another solo one but said it was important for her to bring women together to create a timeless masterpiece.

SHE VOL 1 is available on all digital platforms.