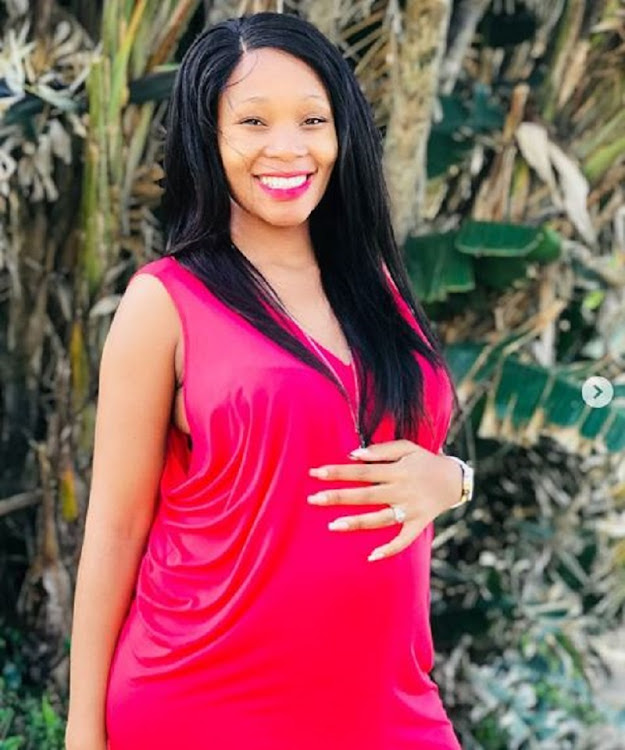 Actress Innocent Sadiki's second baby is set to arrive anytime now and she's opened up about how she's had to stick to her guns when it came to choosing her little princess' name.

Innocent and her hubby Phindulo Sadiki already have a daughter named Emma‚ who is six years old.

Speaking to Drum Innocent revealed how she's had to convince her hubby's family that the name she's chosen for her daughter is suitable.

Her baby will be named Ntombana (dedicated to her late mother) and Mukonanyi (which means "the mediator" in Tshivenda) and her in-laws weren't totally on board with the second name.

"But that's not the context behind the name. Firstly it rhymes with my first daughter's name‚ and I just love what it means. It sort of gives her the purpose to bring peace wherever she goes."

Innocent explained that her hubby's family were worried that the name implied they had no peace in the family but that wasn't what she was going for‚ so they would eventually understand.

Actress Innocent Sadiki is counting down the days to her baby’s arrival. Innocent who has won over the hearts of Mzansi with her character Sthoko on ...
Pic of The Day
3 years ago

"But they'll be fine with it eventually because it is not changing."

Innocent and Phindulo tied the knot in 2010 and their marriage seems to be flourishing‚ just as her acting career is.

Innocent won the hearts of Mzansi as Skeem Saam's Sthoko and told TshisaLIVE that since playing abused Sthoko‚ she has gotten more attention from women when she gives them advice.

She and her hubby‚ who is a pastor use their platform to preach the good news of the Bible and have programs meant to help others.

"As a woman with a platform‚ I will take any opportunity to spread the message of the seriousness of abuse in its various forms. The issue is close to my heart because I am a woman and it’s difficult for me to even imagine how abuse could be someone’s reality. So even as a pastor’s wife the more awareness‚ I can bring to the issue the better."