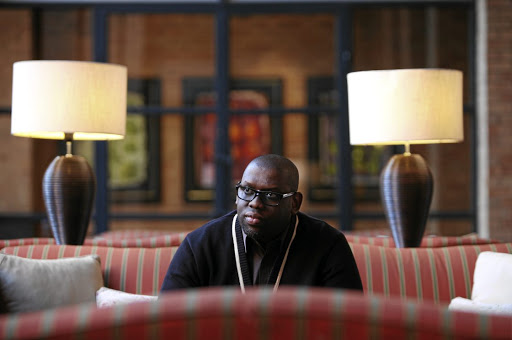 Former Southern African Music Rights Organisation (Samro) CEO Sipho Dlamini is being held responsible for the organisation's R47m loss in a investment that never got off the ground.

Sunday World can reveal that Dlamini has been implicated in a forensic investigation report compiled by auditing firm Sekela Xabiso, which was appointed by Samro after musicians complained over revelations that R47m was lost in the investment.

According to the presentation of the report to a Samro extraordinary general meeting last week, Dlamini is alleged to have been behind the decision to invest artists' millions in at all costs, allegedly without following proper procedures a claim which Dlamini denies.

At the centre of the probe are two Dubai-based consultants who were jointly paid more than R2.7m for three months as consultants.

Hamzeh Khalaf and Jaser Al Jabal were allegedly later converted into Samro employees based in with a salary of more than R480000 each a month.

At the time Samro decided to pull out of the investment in , the two were allegedly paid a joint golden handshake of almost R8m based on what investigators said were questionable five-year contracts that never existed when the two were employed.

"Payments made to Khalaf and Al Jabal amounted to unjustified enrichment, fruitless and wasteful expenditure.

"These settlements were based on a five- year contract, which surprisingly emerged when notice of termination was issued to the two gentlemen," reads part of the presentation.

Dlamini denied all allegations against him, poked holes in the presentation and told Sunday World that Samro used the Sekela Xabiso investigation as a "scapegoat strategy" against him.

This, he said, is despite the fact that Samro had commissioned a similar probe from their auditors PwC last year that he says didn't make the same recommendations in it's findings. Sunday World has not yet seen this report.

He also said that the current Samro board was divided over the report because some members at the EGM refused to adopt or accept the presentation.

"The current board itself apparently does not agree with all aspects of the report," he said..

As a result of the findings, the Sekela Xabiso auditors have recommended, among others, that Samro should launch another forensic investigation in , including pursuing the matter criminally.

Some of the findings alleged by the auditing firm include:

Dlamini retorted: "Samro is pretending that the board was misled. If that was the case, why would Samro then publish the following statement when it terminated the AEMRO project: 'This investment was made after due consideration at the time but developments in the UAE, with our global partner, collective management organisations, coupled with an adverse economic environment in South Africa has heightened the risks. Hence, in the interest of Samro members, Samro has decided to terminate this venture'. Samro issued that statement after the October 2017 EGM."

He added: "Power of attorney was granted by the Samro Board to allow me to implement the approved steps required to register and commence the process. After having commenced this project through strategy sessions ... we only employed the two individuals in October 2015, but only after presenting to and advising the board at the board meeting in September 2015, that we would be doing so."

In a statement this week, Samro said: "The board of Samro is gravely concerned about a failed R47m investment in a music rights initiative in the UAE.

"We have recently completed a forensic audit into the investment from which it appears that the board was misled into believing it was possible to successfully establish a music rights management agency similar to Samro in the UAE."