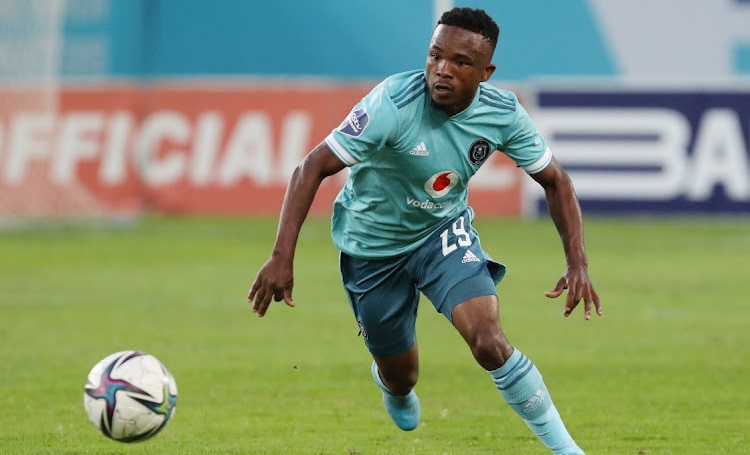 Orlando Pirates defender Paseka Mako has opened up about his horrific injury when he collided with goalkeeper Richard Ofori during their DStv Premiership match against Baroka at Peter Mokaba Stadium last month.

Mako, who has not played since that injury, said he only remembers being admitted to the hospital and that he didn’t feel any pain during the collision.

“It was very difficult. I didn’t feel anything after the incident. I found myself in hospital and I was asking people what am I doing here because last time [I remember] I was playing,” Mako told the media during the 2022 Run for the Oceans initiative where a select Pirates players were helping the community of Tembisa with a clean up campaign with children from Inxiweni Primary School on Monday.

“It was a very bad injury for me but I’m getting better. I’m happy that I’m recovering well and I have started training now and I’m feeling much better now.”

The defender, who has been a standout player for Pirates this season, having featured in 33 matches in all competitions before the injury that left him unconscious, is optimistic that his side will lift the CAF Confederation Cup title on Friday.

The Buccaneers will play RS Berkane of Morocco in the final at Godswill Akpabio Stadium in Nigeria.

“For me I think it is simple, we are going to win this final. I was watching the [other semifinal] game between TP Mazembe and Berkane and I am so confident that we will beat them,” he said.

Meanwhile, Thabiso Monyane believes having Nigerian defender Olisa Ndah in the team will help as he has been giving them advice on what to expect when they arrive in that country.

“I feel like there are a lot of supporters who are going to support him playing in Nigeria and that will also be a benefit for us.”

Striker Collins Makgaka said that they will use this opportunity to make history for the club by winning  continental silverware.

“I’m happy that we are going to the final. We are working very hard every day at training and as a collective we want to see ourselves win this cup,” he said.

“It is an opportunity for us, [it's] not every day that we will have a chance of going to the final of the Confederation Cup, so we are happy and we are ready for it.”

Orlando Pirates are likely to play the remainder of their season without injured influential left-back Paseka Mako.
Sport
2 months ago

Ncikazi wishes Pirates’ Mako well: ‘We could have lost him but God saved him’

Orlando Pirates co-coach Mandla Ncikazi has thanked players and coaches from other clubs who visited Paseka Mako in hospital after the left-back’s ...
Sport
2 months ago

Let’s do it for Mako, Davids tells Bucs troops ahead of Simba trip

Orlando Pirates coach Fadlu Davids has implored his troops to win their CAF Confederation Cup clash against Tanzanian side Simba for injured ...
Sport
2 months ago

Orlando Pirates have given an update on Paseka Mako, saying the left-back is in a ‘stable condition’ in hospital after the horror clash he suffered ...
Sport
2 months ago
Next Article