AmaTuks to battle it out for promotion after goalles draw 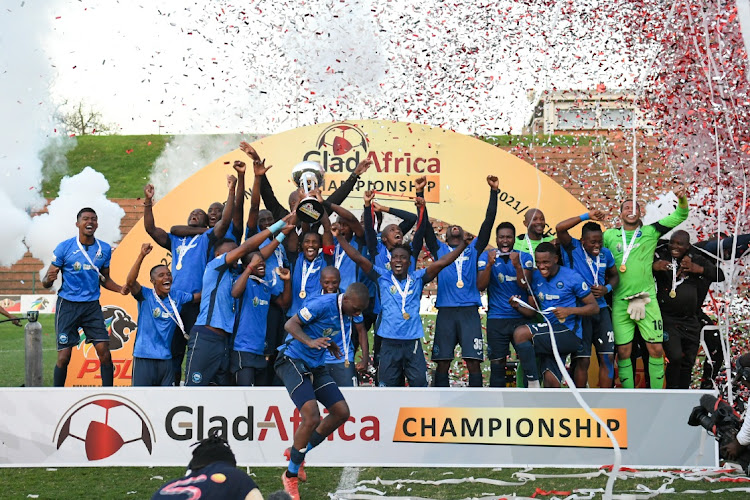 The GladAfrica Champions season ended with Richards Bay gaining promotion to the DStv Premiership while the University of Pretoria finished second and will take part in PSL playoffs.

Richards Bay finished the season as number one with 54 points, AmaTuks second with 52. The Natal Rich Boyz secured promotion thanks to a goalless draw against Cape Town Spurs. AmaTuks also had a goalless draw with Hungry Lions.

AmaTuks join Cape Town All Stars and the team that finishes 15th in the DStv Premiership. The attention on the last day of the league was focused on Durban and Pretoria as Richards Bay and AmaTuks were the only teams aiming for automatic promotion.

At Tuks Stadium, all eyes were on the home side to see if they can reach the promised land of the DStv Premiership. Fans came out in numbers yesterday, belting choruses backed by a brass band.

Given what was at stake, AmaTuks had to start well. They had the presence of not running around and chasing the game like headless chickens. They were calm on the ball while having urgency going forward.

The pressure from AmaTuks was relentless as the game opened up, however, they did not have a clear goalscoring chance. Hungry Lions were not folding over, though, as they held their own.

AmaTuks would have felt hard done by referee Cedric Muvhali after Etiosa Ighodaro was sandwiched by two Hungry Lions defenders in the box. The cries for a penalty fell on deaf ears.

The teams went to the interval at 0-0. It was also the case at King Zwelithini Stadium – goalless at halftime between Richards Bay and Spurs.

Knowing that they still had a chance of getting an automatic promotion, AmaTuks came out guns blazing. The Pretoria outfit won a free-kick on the edge of the box and up stepped Sanele Barns. His curling effort was on target but was pushed away by keeper Glen Baadtjies.

Tuks kept on piling the pressure but they were denied by Baadtjies.  The match ended at 0-0 with Baadtjies being man of the match.

With one game remaining before the end of the season and Baroka still at the bottom of the DStv Premiership interim coach Vincent Kobola admitted ...
Sport
1 month ago

Man City ready to ‘give our lives’ to retain title — Guardiola

Manchester City manager Pep Guardiola said they are ready to “give their lives” in the final match of the season to retain the Premier League title ...
Sport
1 month ago

Chippa coach to celebrate by playing for 27 minutes against Galaxy

Chippa United coach Kurt Lentjies will return to the field and play in their final match against TS Galaxy on Saturday as a celebration after he ...
Sport
1 month ago

Stellenbosch mentor Steve Barker is convinced they’d have thumped Mamelodi Sundowns even if they hadn’t already clinched the league title.
Sport
1 month ago
Next Article