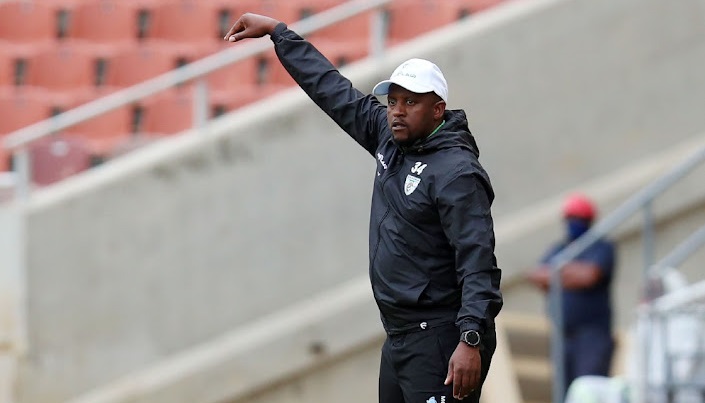 With one game remaining before the end of the season and Baroka still at the bottom of the DStv Premiership interim coach Vincent Kobola admitted that it is no longer in their hands and they will have to depend on other results on Saturday.

Despite beating SuperSport United 3-1 at Peter Mokaba Stadium on Saturday, Baroka remained bottom of the table after Swallows played to a goalless draw with Chippa United.

Even though they are tied with Swallows on 25 points and are bottom due to goal difference, Boroka will have to beat Maritzburg in their final match and hope Kaizer Chiefs do them a favour by defeating Swallows to avoid automatic relegation.

“It is not in our hands we have to rely on other results on the other side, but now we start preparing for Maritzburg,” Kobola told the media after the match.

“It is a must-win for us. I’ve said before that all our remaining matches were cup finals. We take the three points and move forward.”

Kobola was also pleased with his side's players, saying he  felt they came to the party and that is the attitude he is expecting on Saturday at Harry Gwala Stadium.

“I’m excited and I’m very proud of the players, they put in the work and for us. We can say game on,” he said.

“I had one-on-ones with the players to remind them that their family depends on this, so you can’t let it slip. You rather lose it fighting than lose not doing anything. They have responded well. I didn’t change much, I just had to show them videos where they are having fun to show them you can do this.”

Meanwhile, SuperSport interim coach Andre Arendse was disappointed with the result and said that they will give their all in their last match against Orlando Pirates to make sure they finish in the top eight.

“Us and Golden Arrows are the ones who are fighting for that top eight spot so it is going down to the wire and you combine that with the fact that any game is not easy against Pirates,” Arendse said.

“We got to do a lot of work to prepare for that game and we have to get it right. It will be my job to get it right and get the team in the right frame of mind.”

Chippa coach to celebrate by playing for 27 minutes against Galaxy

Chippa United coach Kurt Lentjies will return to the field and play in their final match against TS Galaxy on Saturday as a celebration after he ...
Sport
1 month ago

Stellenbosch mentor Steve Barker is convinced they’d have thumped Mamelodi Sundowns even if they hadn’t already clinched the league title.
Sport
1 month ago

TS Galaxy coach Sead Ramovic has yet again bemoaned his side’s bluntness upfront as they can still be relegated.
Sport
1 month ago

As Kaizer Chiefs look to rebuild their squad for next season, interim head coach Arthur Zwane says there’s not much quality in the market, hinting ...
Sport
1 month ago
Next Article