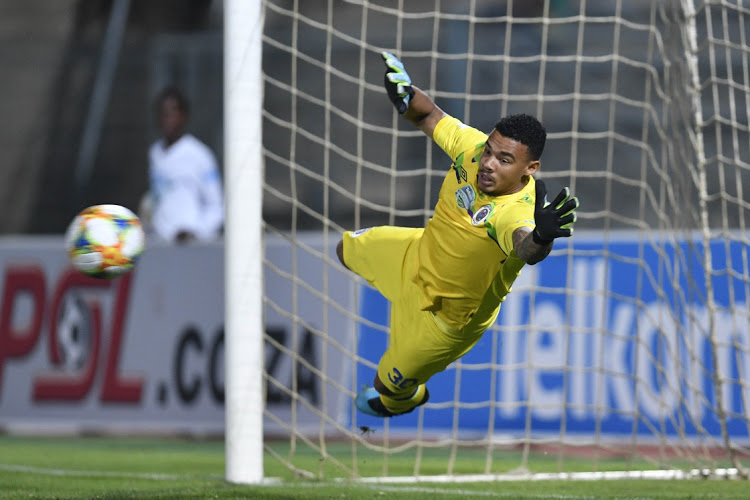 Ronwen Williams has taken over the Bafana captain's armband and says they have what it takes to win tournaments after years of decline.
Image: Lefty Shivambu\Gallo Images

Williams was named as the Bafana captain on Monday, replacing the dropped Thulani Hlatshwayo. But he doesn’t want to be just a captain, he wants to help the national team to glory by qualifying for tournaments and winning them.

“It’s a massive responsibility. We have a link between the technical team and the players and you are the one to carry out the coach’s instructions on the field,” Williams told the media ahead of Friday's World Cup qualifier away to Zimbabwe (3pm).

“You need to be the one leading, always doing the right things obviously, setting a good example on and off the field. I think I got those qualities and to encourage the players when our backs are against the wall.

“I should be the one standing up and encouraging them to keep pushing. It’s a massive responsibility, but one that I’m looking forward to.”

This is not the first time the 29-year-old goalkeeper has captained the national team, but this time he feels it is different as expectations are high.

“Obviously, before it was on an interim basis because some players were rested, I was the most experienced at that time, but now it is full-time and it is time for me to take charge,” he said.

"I cannot run away from it. I need to grab it and hopefully, it will come with success. That's what I’m praying for. Not for myself but for us as the country.

“We got so much talent, but we’ve not achieved anything. The best was the quarterfinals in the Africa Cup of Nations in Egypt three years ago, we are looking for more of that and hopefully, we can push ourselves and this captaincy can bring success.”

Williams is also hoping to lead the national team to success in their first qualifier against Zimbabwe at National Sports Stadium on Friday at 3pm in Harare.

“Anyone can qualify, especially with the challenges other teams are facing. We don’t have much of that problem that they got with the travel restrictions.

“So we can use that to our advantage. That’s a positive that we should take out of the whole negativity that is going on and the pandemic that we are facing."

Bafana Bafana may be in the rebuilding process but qualifying for the Fifa World Cup next year remains one of their priorities.
Sport
3 months ago

Bafana Bafana coach Hugo Broos has revealed that the past few months have been incredibly frustrating as he could not start his job, even though he ...
Sport
3 months ago

Bafana Bafana coach Hugo Broos wants the mentality to be right from the players when they approach their first Fifa World Cup qualifier against ...
Sport
3 months ago
Next Article