Winning promotion will be bonus for Zothwane 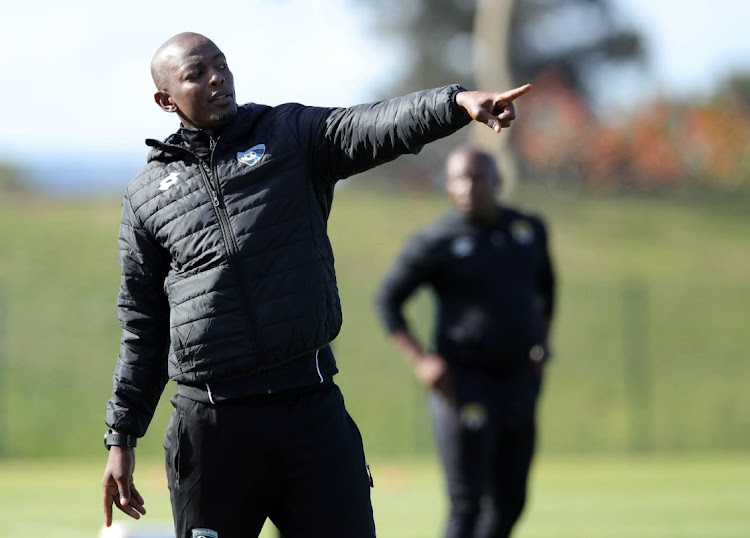 Uthongathi coach Papi Zothwane has revealed winning promotion would be a bonus as their target is just to finish in a better position than last season.

Last season, Uthongathi finished 11th in the GladAfrica Championship standings. The Cane Cutters have drawn both their opening games against Hungry Lions (0-0) and Black Leopards (1-all) this term. Zothwane has made it clear winning promotion isn’t their target.

“Last season we finished 11th, so the aim this season is to finish higher than that. If we can occupy position five or six at the end of the season we’d be happy. We fight to collect as many points as we can but ending up being promoted would just be a bonus for us,’’ Zothwane told Sowetan yesterday.

Zothwane, who assumed the head-coaching role at the Cane Cutters in June having been serving as an assistant since September, is of the view that winning promotion was a bit far-fetched given that they’ve a new team after losing a number of key players to Premiership clubs.

“We’re on a building phase, that’s why we’re not really targeting promotion. I think we’d be unrealistic to say we can really win promotion. Let’s just build this season and that foundation can yield fruit in future,’’ said Zothwane.

Last season’s top-performers Saziso Magawana, Ntsikelelo Nxadi and Sibonelo Cele were snatched up by Golden Arrows, while Xolani Silawula joined TS Sporting. Zothwane, who made a name for himself at Abafana Bes’thende in his heyday, believes their current players will be motivated by seeing the aforementioned stars in the Dstv Premiership.

“We are proud to see our former players in the big league, that’s why we don’t usually use the word ‘lost’ when we refer to their departures. These players are our ambassadors and I feel our current players are encouraged to see their former teammates and friends making big moves,’’ said Zothwane.

At the Cane Cutters, the 40-year-old retired attacking midfielder is assisted by his former Arrows teammate Philani Shange, who retired at the club at the end of last season. Zothwane has revealed he’s the one who persuaded Shange to hand up his boots to help him steer the ship.

“Philani and I enjoy a very strong bond because we played together. He wanted to continue playing for another season but I asked him to stop playing so that he’d help me. He agreed because it was always his dream as well to coach after retiring,’’ Zothwane stated.

Moving away from home can be daunting for anyone, but for Igor Makitan it is not the case as he has settled in well at TS Galaxy since making the ...
Sport
4 months ago

Swallows coach Brandon Truter has insinuated their somewhat patchy display in Sunday’s goalless stalemate at Cape Town City was due to improper ...
Sport
4 months ago

While he lamented the missed opportunities that could have easily won the game for them, Cape Town City coach Eric Tinkler was left encouraged that ...
Sport
4 months ago

Bafana Bafana coach Hugo Broos wants the mentality to be right from the players when they approach their first Fifa World Cup qualifier against ...
Sport
4 months ago
Next Article