Coach worried about how team capitulated in Sudan 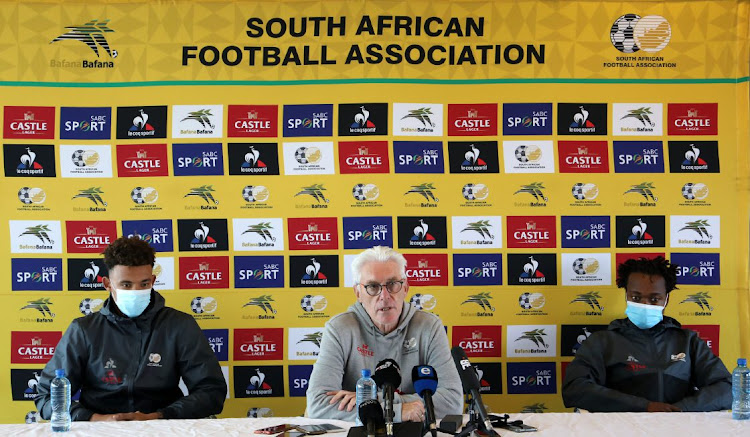 Bafana Bafana coach Hugo Broos wants the mentality to be right from the players when they approach their first Fifa World Cup qualifier against Zimbabwe at National Sports Stadium on Friday (3pm).

Broos said when he watched Bafana play Sudan in the previous Africa Cup of Nations qualifier, where they lost 2-0 away and failed to qualify for the tournament next year, the mentality was wrong.

And this is one area he will be working on this week ahead of the match on Friday.

“There are two tough games, first of all [against] our neighbour Zimbabwe and the other good team, Ghana,” he told the media yesterday.

“Besides the tactics, I think the mentality will be very important, certainly in our first game. I think it is important to have good results and we all know that they want to beat us.

“So, what I want is a very good fighting mentality besides the tactics.

“What I mean about good mentality is, if I can give you an example, I saw a game a few months ago in Sudan where they wanted a draw or win to go to Afcon. Then I saw the reaction of the team on the pitch and aggressive opponents who were kicking and rushing football, bad pitch, then it has to be the right mentality.

“It will be a little bit like that on Friday against Zimbabwe. So, we will work on our mentality for Friday.”

Broos is targeting four points from those two matches, a draw away and a victory against Ghana at home to start the qualifiers on a positive note.

“We hope to get good results in these two games because when you have a good start, it is very important, otherwise the points you lose now, you will have to regain them again,” he said.

“So, this is difficult. If we have four points from six, I will be very happy.”

Meanwhile, Broos also revealed that Ronwen Williams would be the club captain with Percy Tau vice-captain.

The coach had almost everyone available except Gift Links and Luther Singh, who are both expected to join the team today from Denmark.

Percy Tau has dismissed the views of those who have criticised his decision to leave English Premier League side Brighton & Hove Albion and move to ...
Sport
3 months ago