'Cheers to 10 years of memories' - Kekana bids farewell to Sundowns 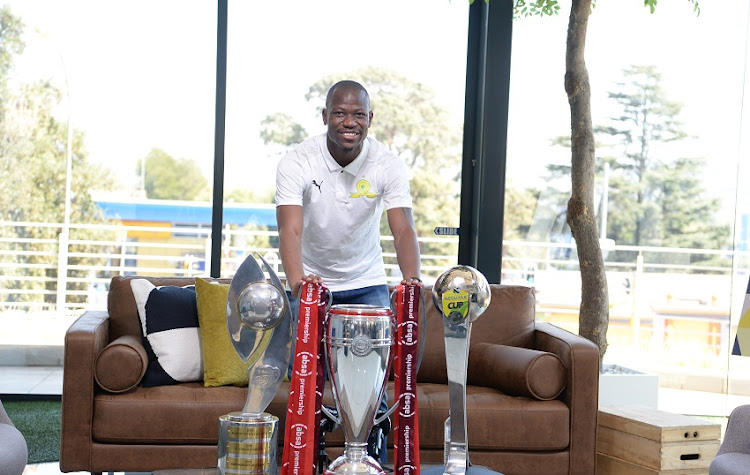 Hlompho Kekana is one of the most decorated players in the history of the Premier Soccer League.
Image: Lefty Shivambu/Gallo Images

Hlompho Kekana’s memorable time at Mamelodi Sundowns is over.

The 36-year-old Zebediela-born utility midfielder, who will go down as a Sundowns icon and legend, penned a classy farewell to everyone associated with the club in what is seemingly the former Bafana Bafana star’s confirmation that he will not play for the Brazilians again.

TimesLIVE broke the story of Kekana parting ways with the Chloorkop side last week and that the former Black Leopards, SuperSport United and Bloemfontein Celtic strongman was not part of Sundowns' plans for the current 2021/22 season.

The story stated that Sundowns and Kekana were in discussions with a view to finding a way forward and it appears now that those talks have yielded no positive results, with the player not sending out a joint statement with the club.

The combative midfielder was signed by Pitso Mosimane from Celtic exactly 10 years ago on an initial three-year contract and went on to captain the club as they conquered the continent, becoming the first Sundowns skipper to lift the Caf Champions League and Caf Super Cup, as the Brazilians swept all before them in 2016 and 2017 respectively.

“Today marks the 10th anniversary of me signing with Mamelodi Sundowns. In 2011, the opportunity to play for this team was one I couldn't let pass me by,” Kekana wrote in a statement he posted on his social media pages.

“This past decade has reminded me what is meant by 'the sky is the limit' and the success on the field is something that as a little boy, playing soccer on the streets of ZB [Zebediela], I could only dream of.”

The Sundowns supporters will have memories of Kekana galore that they will take with them to their graves.

You simply cannot put a price to the contribution he has made to the club’s domestic and continental success and SA football in general.

But since Mosimane left Sundowns for Egyptian giants Al Ahly in October last year, and was replaced with his assistants Manqoba Mngqithi, Rulani Mokwena and senior coach Steve Komphela, it became apparent that Kekana’s days at Chloorkop were numbered, and he has been increasingly marginalised despite thriving in the previous season.

“There have been some beautiful memories, adventures and stories that the people who shared the journey alongside me, have lived.

“Airplanes and busses, time spent at airports, the opportunity to interact with people from across the continent and even beyond.

“I've got to see what Mamelodi Sundowns means to people. I've got the opportunity to captain the side and develop my leadership skills.

“I've got to learn lessons about football, business and life from coaches, teammates, and so many other great people and beautiful souls who make the club run and try to make things easy for us players,” Kekana said.

Sundowns have a history of absorbing their legendary former players into the coaching structures, as seen with the likes of Themba Mnguni, Godfrey Sapula and recently Peter Ndlovu and Surprise Moriri.

“Cheers to 10 years of memories, lessons and growth. I am grateful to have got to be part of and help build on the legacy of this wonderful club.”

Kekana did not indicate what his next move would be, and while he won't be short of suitors lining up for his signature, Swallows were previously rumoured to be leading the race.

With Gavin Hunt, a coach with whom Kekana won two Premiership titles at SuperSport, now coaching Chippa United, a potential reunion is also on the cards, though that remains to be seen.