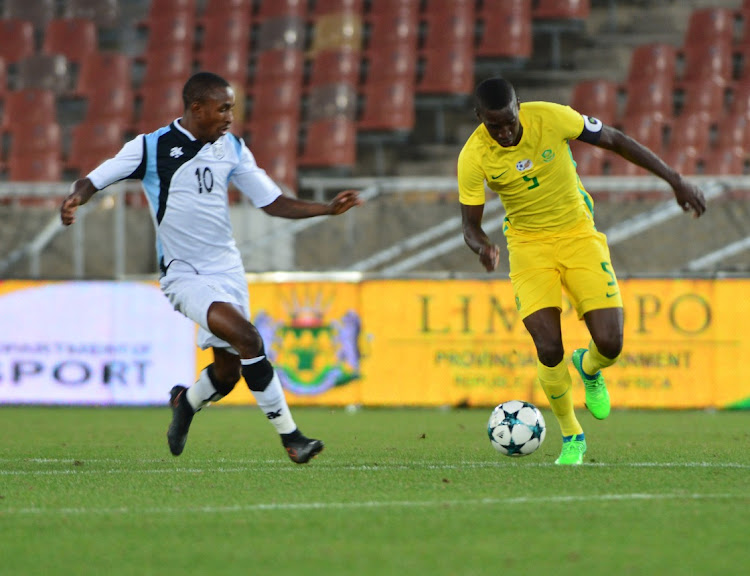 Bafana Bafana may be in the rebuilding process but qualifying for the Fifa World Cup next year remains one of their priorities.

This is the view of defender Siyanda Xulu as they prepare for the two qualifiers against Zimbabwe on Friday away and Ghana on Monday at home.

While coach Hugo Broos said in the past that South Africans must not expect much with most of the guys new in the team, Xulu insists they plan to qualify for the World Cup in Qatar next year and the Africa Cup of Nations (Afcon) in Ivory Coast in 2023.

Bafana start their qualifiers against Zimbabwe at National Sports Stadium on Friday at 3pm and Xulu is expecting a tough encounter against their neighbours.

“So far, it is just a great experience being back with the guys, hopefully, things will work our way because we are trying to form a very strong group that will try and compete,” Xulu told the Safa media department yesterday.

“I can never say I’m nervous, but I’m looking forward to the challenge in a way, we always have a crunch game against them, so it is going to be a good one.

“It is always difficult playing Zimbabwe because most players represent Zimbabwe here [Premier Soccer League]. They know how we play, that’s why I’m saying it is going to be a tough game in a way and also exciting. There is too much at stake because we want to qualify.”

The defender also shares his experience of working with Broos and said he is someone who demands discipline from the players.

“There is not much difference because we only trained for two days and I’ve not picked up the difference between the coaches that I worked with before,” he said.

“He has done well with Cameroon, so we are very excited to work with him, someone who has been there before."

Bafana Bafana coach Hugo Broos has revealed that the past few months have been incredibly frustrating as he could not start his job, even though he ...
Sport
3 months ago

Winning promotion will be bonus for Zothwane

Uthongathi coach Papi Zothwane has revealed winning promotion would be a bonus as their target is just to finish in a better position than last ...
Sport
3 months ago

Swallows coach Brandon Truter has insinuated their somewhat patchy display in Sunday’s goalless stalemate at Cape Town City was due to improper ...
Sport
3 months ago
Next Article