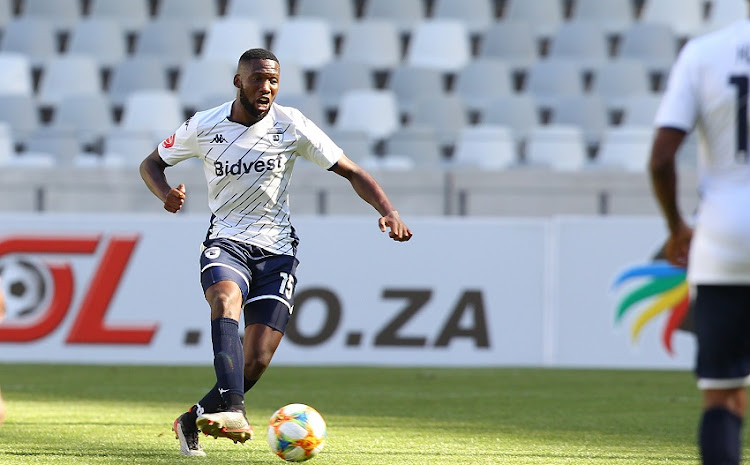 Former Bafana Bafana defender Buhle Mkhwanazi thought of quitting the game after Bidvest Wits sold their Premiership status to Tshakhuma Tsha Madzivhandila in 2019/20 season. Mkhwanazi refused to move with the team to Venda at the time.

He found himself without a football home for newly two seasons. Mkhwanazi, 31, stayed at his Midrand home without an income, and he told Sowetan that he is still awaiting his settlement from TTM.

The settlement matter is currently in the hands of his lawyers, and he is hopeful that he would eventually receive his much-needed payout.

After months of uncertainty, he eventually agreed to join SuperSport United on a one-year contract with an option to renew in the 2021/22 Premiership season.

He made his debut for SuperSport against Golden Arrows at the Lucas Moripe Stadium last week. “I have been around at my home in Midrand all this time watching the games on TV. They were times when I thought that I had lost my mind.

"I was frustrated, and the thought of quitting the game did ring in my mind several times. I told myself it is time to call it a day. I wanted to retire. I must have changed my mind 10 times during that period,” explained Mkhwanazi.

He said his uncle, younger sister, and the birth of his son, Musa, convinced him to return to the field of play. “I am a breadwinner and support a lot of people, and they suffered because I could not give them those few thousands anymore,” he said.

Mkhwanazi said he lived off his savings and investments, and they almost dried out. He trained in his garden, and SuperSport coach Kaitano Tembo was surprised to see him fit during his first training session.

“I don’t know why it is taking time for me to get my money from TTM. The lawyers are working on it. We are still waiting. I had a lot of offers, but SuperSport convinced me to join them. When I received the phone call to come and train with them, I never looked back.”

The lanky defender said the feeling of playing his first PSL game after many months was indescribable.

“It was emotional, and I had to hold back the tears. I thank God for another chance. I have to work on my defending ability, fitness and endurance. I hope to play many games and help the team to do well this season.”

His message to the people that have lost jobs is to hang in there and believe in God. “Retrenchment and loss of a job can break families, marriages and all sorts of relationships. Just trust in God and let the process play itself. Never give up no matter what. Please save as much as you can while still working.”

Bafana Bafana may be in the rebuilding process but qualifying for the Fifa World Cup next year remains one of their priorities.
Sport
4 months ago

Cristiano Ronaldo declared he was back where he belonged after he re-joined Manchester United from Juventus on a two-year deal on Tuesday, with the ...
Sport
4 months ago