Lerato Lamola an uncle in the business 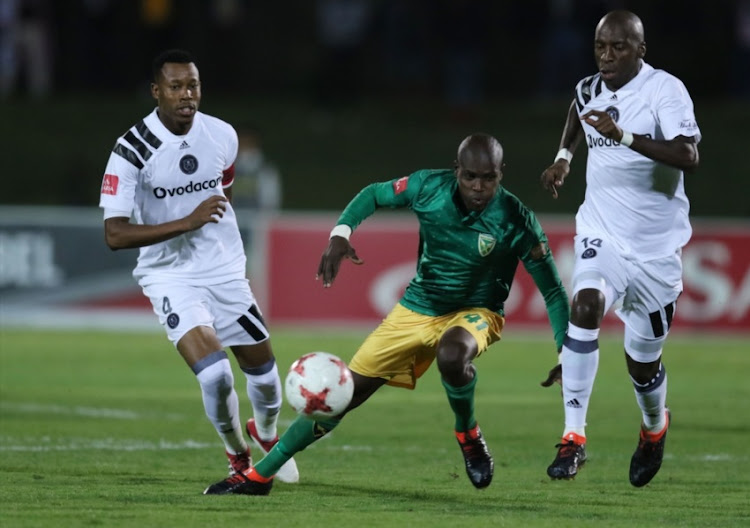 Maturity and the exemplary off-the-field lifestyle he leads are what Golden Arrows striker Lerato Lamola feels are the reasons why he's called "malume" by people at the club.

Though malume directly translate to "uncle", in the townships is used as a term of respect when greeting a man of honour.

Lamola, 34, explained how he got to earn the honorific at the Durban club, which he attributed all to his humility and modest yet inspirational lifestyle.

"I don't know where to start... they call me malume out of respect and [because of] the way I live my life," Lamola, who is generally media-shy, told Sowetan.

"You know footballers like status but I am different. I see myself as a normal guy and that has motivated a number of my teammates over the years."

Lamola's simple way of life has endeared him to his teammates, more so the younger ones, who see him as a true role model.

Golden Arrows coach Steve Komphela says he joined social media to use the platform to spark deep conversations and motivate people who are going ...
Sport
2 years ago

"The youngsters like me a lot because I mentor and advise them about life. I always preach to them that there's no need to spend money on fast cars and things like that.

"You can't buy a GTI as your first car... why not buy a business car? A car you can use as an e-hailing business. You can't be spending money on beautiful girls when your parents are hungry... these are some of the things I teach fellow players."

The former Bloemfontein Celtic marksman isn't just all about talk and preaching. Lamola is a married man and he owns a transport business. He has just ventured into the pharmaceutical industry.

"First of all, you must have fear of how you use your money, then you'll be sorted when you retire.

"I have a transport business but I can't reveal much about it," said Limpopo-born Lamola without elaborating on his other sources of income.

"I always show my younger teammates my business... they get motivated. Recently, I got into manufacturing supplement pills - vitamin C and things like that."