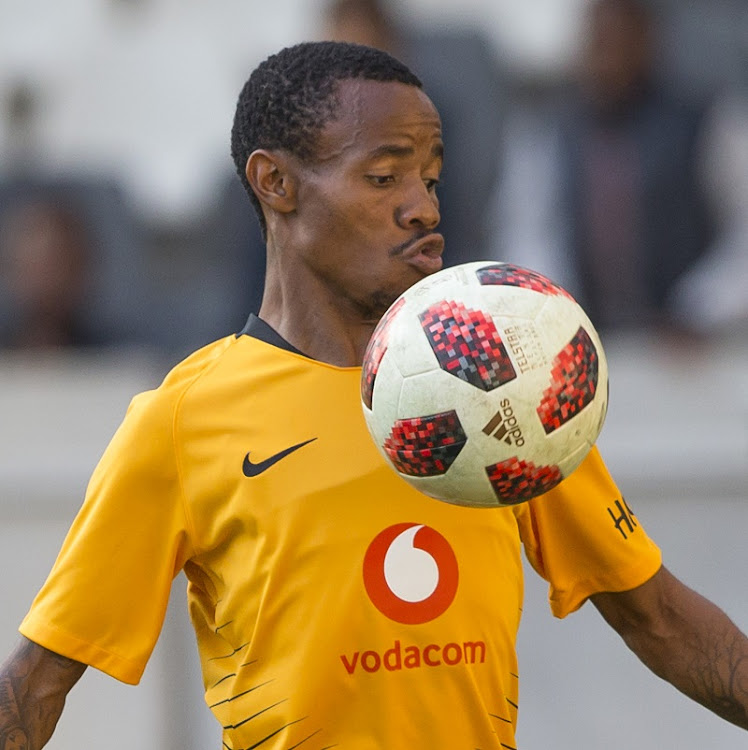 As directed by Molangoane himself, who insisted he's not ready to speak to the media following news he won't be offered a new contract at Amakhosi, Sowetan caught up with his mentor and manager Paul Moraka.

"He's not going to retire. He still has four or five years of football in his body," Moraka reiterated.

In May, it emerged that Molangoane was on the brink of prematurely hanging up his boots as a result of a severe leg injury he suffered in August 2018 against Free State Stars in the MTN8 quarterfinals, where his leg was broken in a tackle .

Chiefs doctors are said to have advised him to take early retirement, which he has turned down.

"Medically, he's been cleared... he's been training. He's been making pound-for-pound tackles. It was going to be a medical retirement, but based on what the doctors said he's ready to play," Moraka stated.

"He's 100 percent ready to play football, he's been in the playing squad this season. The boy is raring to go."

Bafana Bafana midfielder George Maluleka has decided not to renew his contract with Kaizer Chiefs for the remainder of the season.
Sport
1 year ago

Players on loan to stay put

Some clubs who have players on loan have concluded short-term deals until the matches are finished, with others still in negotiation.
Sport
1 year ago

"Tight", as Molangoane is known in football circles, last played an official game in April last year, playing the last 16 minutes in Chiefs' 1-all draw against Golden Arrows.

Nevertheless, Moraka revealed that there are a few offers from other clubs that are on the table for the lad from Alexandra.

Molangoane's representative also gave an impression that they'll only entertain enquiries once they have met Amakhosi management.

"For now, the issue [Molangoane's departure] isn't official because we're only meeting Chiefs on Monday [today]. Nothing has been communicated to him, we only read about it in newspapers. But already we have about three offers," Moraka said.

"I'll make sure he gets employment. But for now we must finish everything with Chiefs."

Tight, who also had a brief stint at Chiefs' rivals Orlando Pirates, played 37 games for Chiefs, managing four goals in the process.