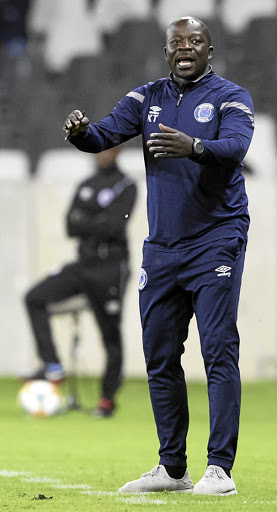 The SuperSport United coach believes that training in groups will be a headache for them when they resume as they have to comply with the Covid-19 safety protocols.

One of Tembo's challenges is that he will have to divide the players into groups, which he says will take more than five hours of training a day.

"We've to break that down, if you have a squad of 25 players it will mean you will need five hours of training if you train for an hour and 30 minutes.

"You have to break that when we start with individual training and group training before we move to full training."

With more than three months of inactivity, clubs will need to recondition their players back to fitness in preparation for competitive matches later this month.

Usually, players will undergo a full six-week training programme to regain full fitness at the beginning of the season, but in this case, it looks like they will have three weeks before they resume matches. Tembo feels this will put players at a risk of getting injuries.

"I think it is important that we have to look after our players in terms of injuries. If you look at what's happening in Europe, the first two or three games it was a little bit difficult and it was tough," Tembo continued.

"They had to take that into part of pre-season in the first two games. For us, we might need three to four weeks. In a normal situation, you need six to seven weeks.

"It will be challenging because there is a huge risk of players getting injuries.

While most clubs will be splashing out on reinforcements during the off-season‚ SuperSport United coach Kaitano Tembo will look internally and build ...
Sport
2 years ago
Next Article