Ronwen Williams on SuperSport’s title chances: ‘We have thrown it away’ 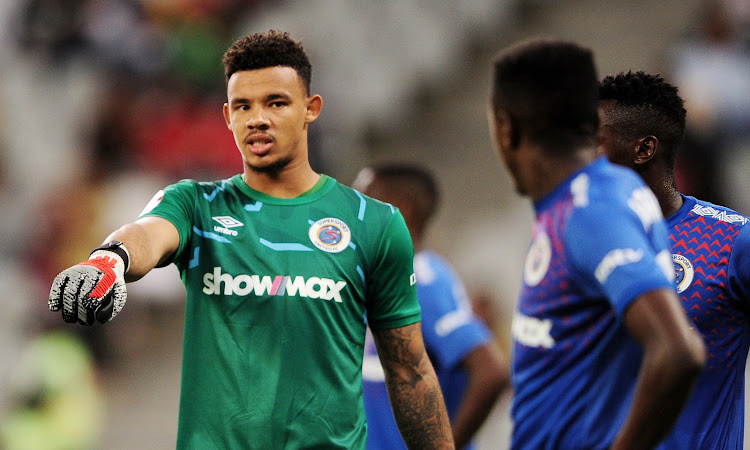 “No‚ not at this moment‚” Williams said candidly.

“It’s the same old story‚ same problem – we beat [Orlando] Pirates we beat [Kaizer] Chiefs‚ we beat the top teams but then we struggle with the lower teams.

“I mean‚ at the beginning of this season we set ourselves goals‚ we obviously wanted to win a cup but the main objective was the league. And we know we have thrown it away.

“We need to take a leaf out of Sundowns’ book and demolish these teams. Show them there’s a reason that they’re down there‚ and not at our level.

Williams – a star for Bafana at the 2019 Africa Cup of Nations in Egypt – said SuperSport have a strong combination this season under coach Kaitano Tembo.

“This season we’ve got one of the better teams that we’ve had in the past few years. The core of our team is strong. We are all internationals‚” Williams said.

“And we didn’t have any serious injuries to the core of our team this year – that was our problem previously.”

SuperSport (34 points) are 11 points behind leaders Chiefs (45)‚ but have played two more games.

Wits (34 points) remain in contention for the league‚ as they have played two games less than Chiefs‚ who they also meet twice before the end of the season.