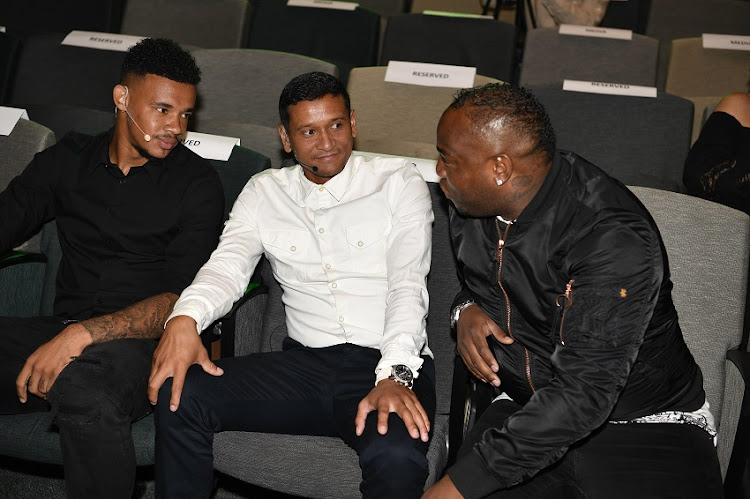 Matthews said Klate’s coaching internship doing his Uefa A-licence practicals at SuperSport‚ which have been put on hold due to the coronavirus‚ could lead to the ex-left winger being drafted into the club’s development and then senior structures.

This at a team who have been a production line for producing top-class head coaches‚ such as incumbent Kaitano Tembo. Tembo’s predecessors include Mamelodi Sundowns boss Pitso Mosimane and Bidvest Wits’ Gavin Hunt‚ two of the four coaches to have won four Premier Soccer League (PSL) titles.

Three of Hunt’s championships came at SuperSport in succession between 2008 and 2010‚ with Klate a key player in that combination.

“That was an easy decision for us to make because he’s a legend in the club‚” Matthews said of Klate’s internship.

“He’s someone we’re exceptionally proud of. We signed him as a young lad and he helped us achieve history‚ and then went on to create his own history in his own right by being the most decorated player in the PSL.

“He was always going to be someone who took coaching on after football. So when he called me to ask if he could do his internship through SuperSport it wasn’t with a shadow of a doubt.”

Klate became known as a PSL “good luck charm” as the teams he joined after SuperSport quickly won leagues and trophies‚ including the back-to-back treble-winning Orlando Pirates of 2011 and 2012‚ and helping Wits to a first league title in their 85-year history under Hunt in 2017.

Matthews said such pedigree bodes well for a coaching career for Klate.

“In terms of his involvement with the club beyond [the internship]‚ obviously that’s a moving target and something we would have to engage down the line‚” the CEO said.

“It’s not an easy job market right now. At the moment we’re holding onto the jobs that we have and there aren’t those vacancies.

“If there were vacancies Daine is the kind of person you would want in your system. He’s got a good work ethic and great achievements in the game‚ and a great character – and just ticks all the boxes.”

Matthews said such a work ethic from Klate – who spent six months coaching Chippa United’s reserve team in the 2019-20 season‚ also earning his Uefa B certificate – is compatible with the ethos that has brought much trophy success to SuperSport.