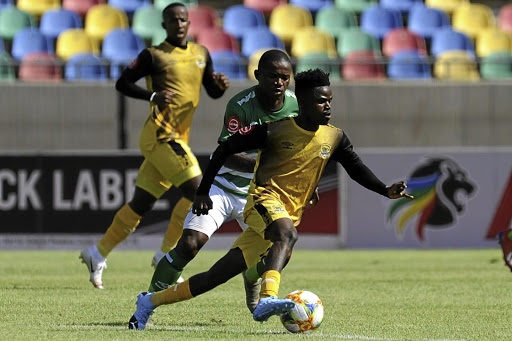 With Maritzburg United goalkeeper Richard Ofori strongly linked to Orlando Pirates and Mamelodi Sundowns, Sihle Ndebele looks at other potential high-profile Premier Soccer League (PSL) transfers that could be concluded once the country emerges from the coronavirus crisis.

Sowetan has learnt that Bidvest Wits are interested in Manyisa, who will be out of contract at Sundowns at the end of the current campaign.

Wits are believed to be eyeing to get the 31-year-old midfielder as a free agent.

In the past seasons, the Clever Boys have mastered the art of getting players as free agents, without having to pay buying fees.

The former Pirates talisman is recovering from a damaged Achilles, an injury he picked up last October, and by the look of things, Sundowns won't extend his stay, especially after signing two more midfielders in Grant Margeman and George Maluleka.

Maritzburg United’s togetherness and discipline‚ forged in a do-or-die fight to avoid relegation via the playoffs last season‚ had been a large part ...
Sport
2 years ago

The centra]elback Xulu's Maritzburg contract expires at the end of the season and it's believed that Orlando Pirates have already contacted the 28-year-old defender.

Xulu has already played for Sundowns and Chiefs respectively in the past and he's unlikely to snub an opportunity to turn out for another giants in the Buccaneers.

Kapinga's meteoric rise this season has since attracted interest from a number of clubs, but it looks like Sundowns have won the race to sign the exciting 24-year-old forward, who boasts five goals and five assists in the league this season.

While Sundowns are also known to be interested in
De Reuck, Sowetan has it on good authority, through sources close to the defender, that he'd prefer Pirates over the Brazilians, charmed by the idea of working with his former mentor Fadlu Davids, who is coach Josef Zinnbauer's deputy at the Sea Robbers.

As he's struggling with niggling injuries, SuperSport United are said to be pondering releasing Mnyamane at the end of the season, despite his contract only expiring in 2022. The 27-year-old winger has played just three league games this season. Bidvest Wits are rumoured to be keen on signing the Matsatsantsa man.

Players' right to sign pre-deals with other clubs.
Sport
2 years ago
Next Article