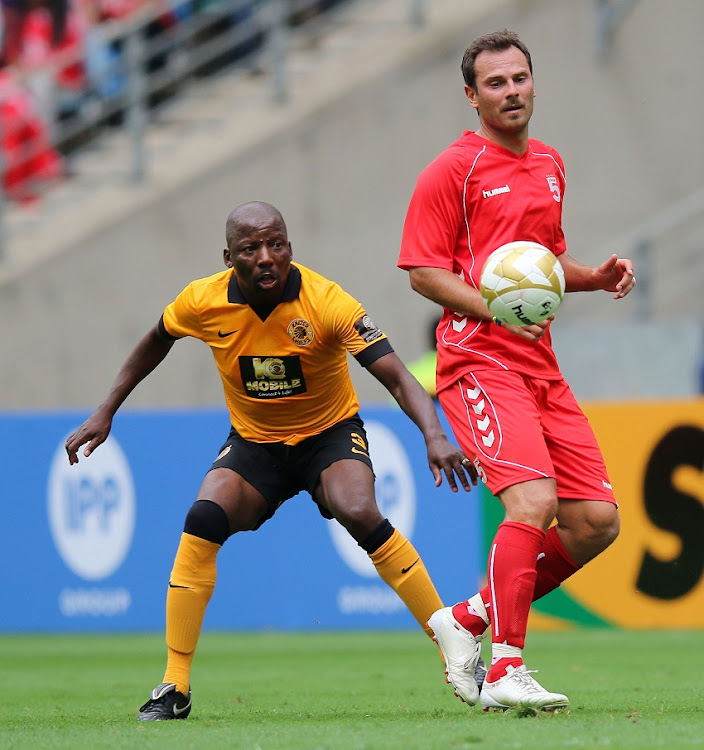 Kaizer Chiefs legend Ntsie Maphike has warned football players to plan beyond their playing years and invest in education.

Maphike described a footballer’s life as 'a vicious circle that can only be broken by education' and advised players to invest their time in studying.

The former Amakhosi left-back has followed his own advice and is preparing for his examinations in June.

The man affectionately known as 'Teargas' said he took advantage of an opportunity he had back in his playing days to build a solid academic fountain for life after football.

"Football then was not a full-time [job]‚ this afforded me the opportunity to study and play at the same time‚" said the UNISA law student.

"We only trained once a day in the afternoon. I had the whole morning to myself."

The Soweto-born star recalled one of the toughest and most emotional decisions he once faced during his footballing days.

He revealed that he snubbed a Bafana Bafana call-up and opted to complete his Honours Degree in Linguistics and comparative studies.

"It was not a difficult decision but it was an emotional one.

"The country had their expectations and so did I. Unfortunately mine was different from theirs‚" he said.

"It was clear in my mind that I wanted to be an academic and had to complete my studies."

Emotional pic,I had to choose to go play for Bafana-Bafana or complete my Hons degree.....I think I chose well. pic.twitter.com/y0hdmpVDMF

The softly spoken 54 -year-old father of three continues to lead by example off the pitch.

"My children know that education comes first over everything. I lead by example‚ currently I am continuing my studies with Unisa‚" he said.

"Everyone in my family possesses a University degree. I did not want to be the black sheep of the family‚" he said.

"My decision has and is paying dividends. I am a stable family man‚ blessed with a beautiful wife and children and staying in a warm home‚ not simply a house."

The former South West Gauteng College lecturer Maphike, who holds Magister Educationis - MEd (Educational Psychology) is grateful for his contribution to the education community - and is not above his own horn either : "I taught first to third year students in the African languages department...and have produced many teachers who graduated from South West Gauteng College."

Maphike‚ who heads Amakhosi's Education Desk at development level‚ also strongly condemned the lifestyle of current footballers‚ labeling it as unreal and superficial.

"To current players‚ a life from riches to rags is a life of torture.

"A football player’s life is a vicious circle that can only be broken by education.

"Players should go to school‚ the life they lead now is superficial‚ artificial and plastic; it’s not real. Sanity could prevail through education."