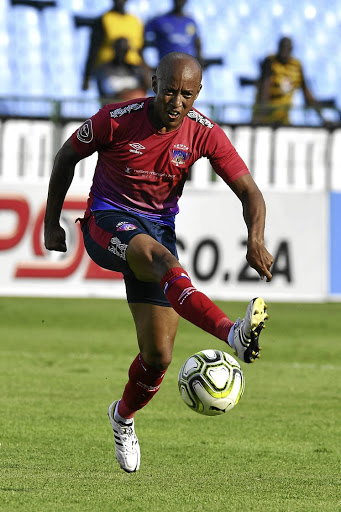 Veteran Chippa United midfielder Kurt Lentjies says he has not parted ways with the club and was just as surprised as everybody to hear that he has been released.

Lentjies, however, has refuted the claims that he was axed from the Port Elizabeth outfit. "I have not left the club, I am still training with the team. I also saw it online that I have left but the club has not told me anything," he told Sowetan.

"We don't know what the future holds or what is going to happen in future but for now I am still with the team. We actually played a friendly game on Saturday and I was part of it. Look, I don't want to comment on the coach or our relationship but all I can say it that nothing has changed."

The utterances of Lentjies are in contrast to the admission by emotional Mbenyane last week, who revealed that he was in fact let go by the club. It appears that the veteran players are out of favour with new coach Rulani Mokwena, who is on loan to the club from Orlando Pirates.

Club owner Chippa Mpengesi last week said a final decision is yet to be made and that Mokwena would be engaged on the decision.

"Look, I'm still going to engage the coach, this is not the final decision. But I'm going to sit down with him to say let's wait until the end of the season then we can take that decision because that could have been an emotional one.

"One thing for sure, Mbenyane as much as people think he has done a lot for the club, he has abused the relationship. I'm sure he and the coach can sit down and resolve the problems. But if he comes to training drunk there is nothing we can do."