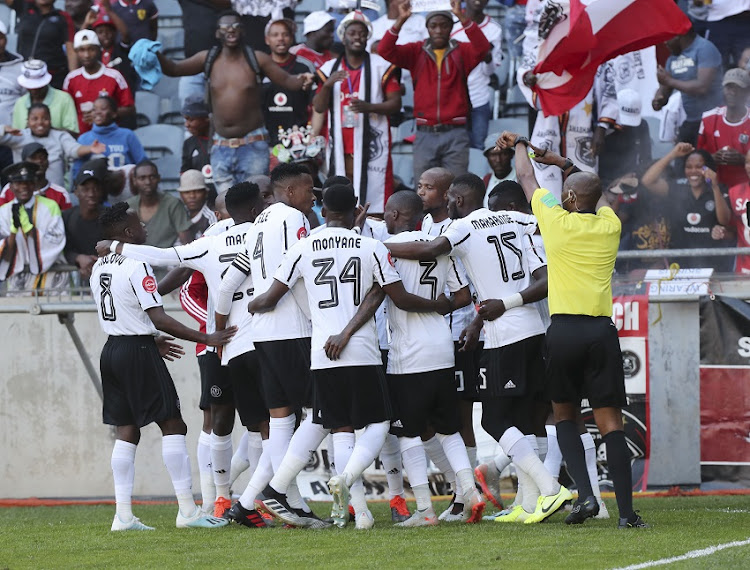 Rulani Mokwena has admitted that he was relieved after leading Orlando Pirates to his first victory at the helm in the win against Chippa United at the weekend.

The 2-1 win ended Pirates' four-match winless run in the league with Tshegofatso Mabasa’s second half brace giving Mokwena a taste of success since assuming the coaching seat from Milutin Sredojevic‚ who suddenly quit the club last month.

“For sure it’s not enough‚” said Mokwena.

"But we take three points and we move.”

Mokwena praised his players for the patience and resilience they displayed after a frustrating first half. The Bucs had the lion's share of the possession but couldn’t find a way past Patrick Tignyemb in the Chippa goals.

“The players‚ credit to the players‚” said Mokwena.

“They were exceptional‚ they did what we’ve been doing.

“I’ve got a long way to go with my coaching career but I will remember this group of players for the rest of my career because they are honest boys.

“And you see that with the effort they put on the field that no one reserves themselves‚ no one holds back and no one wants to see the team lose.

“Everybody feels the pain that the supporters feel and they do their best to make sure they overturn the situation.

“When you’ve got a group of honest players that are talented and then are prepared not to leave only sweat and blood‚ but also a piece of their skin on pitch‚ the future is bright for Orlando Pirates.

“It’s just a matter of time and going through the processes.

"We need to just remain humble and continue to work‚ that’s it.”

The Pirates coach said the technical team worked hard at finding a way to break the Chippa defensive wall and communicated their strategy to the players at half-time.

The visitors were happy to sit back and attempt to catch Bucs on the counter and Pirates had to find a way to nullify their strategy.

“It was just two things‚” said Mokwena of his pep talk at the break.

“Look we played the way Pirates play‚ we played with control. We have a lot of the ball and every game it’s like that.

“You can see what the opponents are starting to do now... have a line of four and then have two or three pivots.

“Chippa in this instance decided to have (Boikanyo) Komane at the centre of the pivot (in the midfield) and on the left they had Tercious (Malepe) and on the right they had (Meshack) Maphangule.

“They freed Kurt Lentjies a little bit to play as a 10 and then had Lerato Manzini (up front). So teams reinforce the block and try to limit us with space.

“The first thing that we discussed was that ‘you need width and if you don’t have width then you’re going to present yourself with problems’.

“So when we introduced Thabiso Monyane (at the start of the second half)‚ it was for that to be honest. You need a lot of verticality and need a lot of forward passes instead of sideways and backwards.”

Mokwena will be hoping for a lot more of that when they take on Bidvest Wits at the Moses Mabhida Stadium on Saturday.

The win over Chippa‚ which was Bucs’ second in five matches‚ lifted Mokwena’s team into the top half of the log and will stay close to the top if they collect another three points against Gavin Hunt’s team.