'Nkosikhona Dube not ready for PSL as yet' 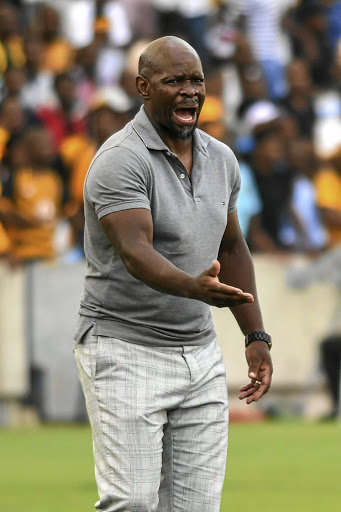 Golden Arrows coach Steve Komphela has surprisingly given an impression that the club's record-breaking MultiChoice Diski Challenge (MDC) striker Nkosikhona Dube isn't ready to be promoted to the first team.

Over the years, Arrows have been utilising their MDC team as the senior side's main feeder. Nduduzo Sibiya, Thabani Zuke and Nkosingiphile Gumede are among many current first-team members who graduated from the Diski Challenge programme.

Dube tops the reserve league scoring charts with 20 goals. Since MDC's inception in 2014, Dube is the first player to score more than 14 goals, eclipsing Tshegofatso Mabasa's record of 13 strikes in the 2016/17 season.

Nevertheless, Komphela has painted a rather grim picture of Dube ascending to the elite league, implying that being a top scorer in the MDC doesn't necessarily mean you can replicate that in the PSL.

"MDC is a beautiful league that gives us players but PSL is another cart.

"I can count a lot of players from different clubs that I've worked at.

"I know very soon we will get a player from MDC, a top goalscorer breaking through. It might not be at Arrows, it may be at Cape Town City or anywhere else, that's nice and great," Komphela said.

He justified his insistence of being sceptical about Dube's readiness by using erstwhile MDC top-scorers in former Kaizer Chiefs' Emmanuel Letlotlo and his current troop Siboniso Conco as prime examples of players who struggled to impress after being promoted.