Are 20 goals out of reach for scorers? 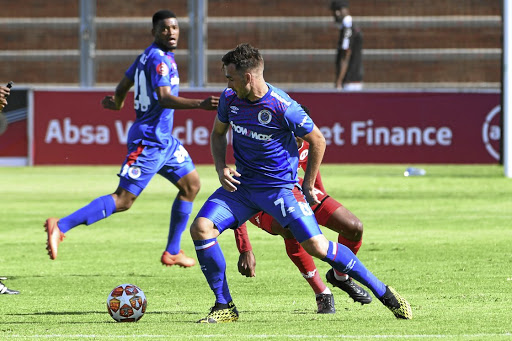 A few months ago, it was promising that the eventual Absa Premiership top-scorer would win the Golden Boot gong by reaching the elusive 20-goal mark.

But this feat is increasingly looking improbable with every passing match.

The fact that current leading scorer Gabadinho Mhango of Orlando Pirates has not scored in his side's last three games against Black Leopards, Kaizer Chiefs and Golden Arrows, casts doubt on the likehood of him adding at least six more goals to his tally of 14 league strikes.

The last time the Pirates marksman found the back of the net was when he managed a brace in their 2-1 victory over Chippa United at the beginning of last month.

But again, inconsistency has been their major problem. It is doubtful whether they will add the eight required strikes to reach the 20-goal mark.

Ke Yona Cup can be Downs' tonic.
Sport
2 years ago

Before banging in his 10th and 11th league goals of the campaign against Bloemfontein Celtic last month, Shalulile went through quite a dry spell, with the Namibian failing to score in five matches.

On the other hand, Ntuli hasn't scored in two consecutive league games since doing so last November when they beat Stellenbosch 2-0.

Having netted four goals in SuperSport's last five league games, Grobler is the most in-form Golden Boot chaser at the moment.

As the league action is halted until further notice due to the outbreak of the coronavirus pandemic, the impressive form of these players could be also be diminished by inactivity.

The PSL Golden Boot Award carries a minimum prize money of R25,000 for a tally of 15 goals and less.

Siyabonga Nomvethe (with Moroka Swallows in the 2011/12 season) is the last player to win this accolade by scoring more than 19 goals, getting 20.