Bobby Motaung pats himself on the back about Kaizer Chiefs' signings 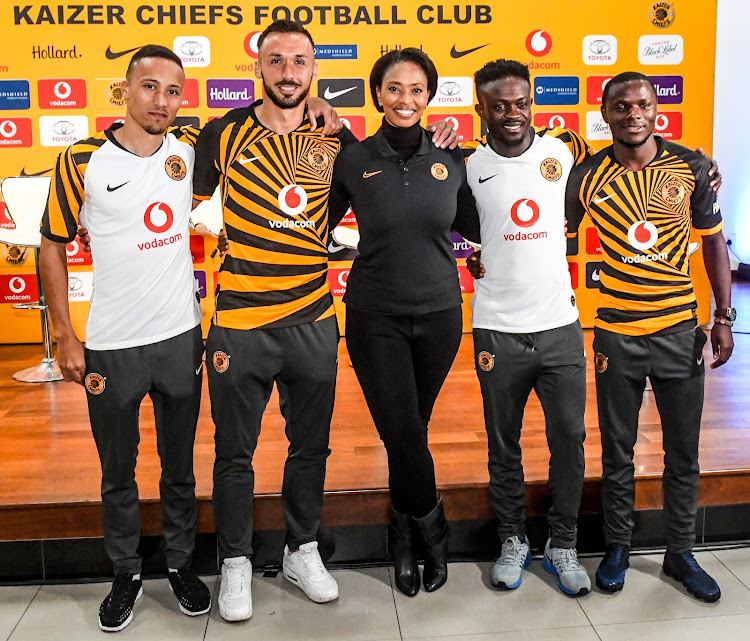 Kaizer Chiefs football manager Bobby Motaung is pleased that the club’s off-season signings have been able to make a positive impact so far in the 2019-20 season.

Motaung – the member of Amakhosi’s management most responsible for handling their transfers, signings and player contracts – often comes in for some vocal criticism from the club’s demanding supporters when new players under-perform.

Chiefs’ signings in the off-season were relatively obscure, and unknown quantities.

Given Amakhosi finished a record-low ninth in the Absa Premiership in 2018-19, their fourth season trophyless, such acquisitions were met with scepticism.

Yet, as Chiefs entered the Christmas break top of the league by seven points, Nurkovic, Baccus and Sasman especially have made a solid contribution in Ernst Middendorp’s in-form Amakhosi.

“It’s a good return because sometimes the new players take time to acclimatise to the new environment. Already we’ve seen Nurkovic making inroads, while Sasman and Baccus have cemented their roles in the team.

“I’m pleased with their progress and trust very soon Kambole and Kotei will make their presence felt.

“We intensified other soft elements pertaining to the technical team – the scouting, mental support and diversity training among other technical aspects of the game. We continue to work hard to fuse the Kaizer Chiefs academy and the first team.

Nurkovic, especially, set the PSL alight in the opening half of 2019-20.

He is one of three players on eight goals in second place to Highlands Park’s Peter Shalulile (nine) in the league top scorers’ list, those goals coming in just 12 appearances.

Chiefs return from the break with a big match against third-placed SuperSport United at Mbombela Stadium on Saturday evening (kickoff 6pm).