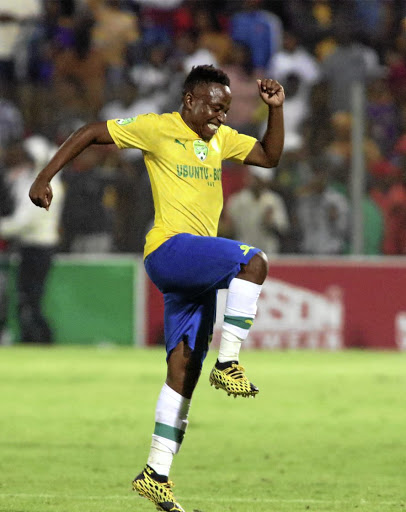 Pitso Mosimane hopes the Nedbank Cup can go some way towards soothing Mamelodi Sundowns' pain of bombing out on the CAF Champions League.

A late goal in extra time from Keletso Makgalwa was enough to send Sundowns through to the Nedbank Cup semifinals at the expense of Highlands Park on Saturday.

Downs were recently dumped out of the Champions League by Al Ahly.

Mosimane was full of praise for Makgalwa, who had replaced fellow forward Ali Meza in the second half and delivered the goal following a defensive error from Highlands defender Ryan Rae.

"There is one thing you need to know about Keletso and I always say - you can't let him look at the goals and you are not closing him down," Mosimane said.

"He can finish and the goal he scored is the same one that he did when we played Stellenbosch, but on the other side. I thought he should have passed [to] the other side because Nicholus [Lukhubeni] was free and he decided to finish. He scores these goals at training, I must tell you."

Downs have already won the Telkom Knockout title this season and are still in with a chance of winning the Absa Premiership too.

"With due respect to the teams that are behind that have gone through, we have equal opportunity. Nedbank [Cup] is in our hands, unlike the league," Mosimane added.