Rodney Ramagalela starting on a clean slate at Highlands Park 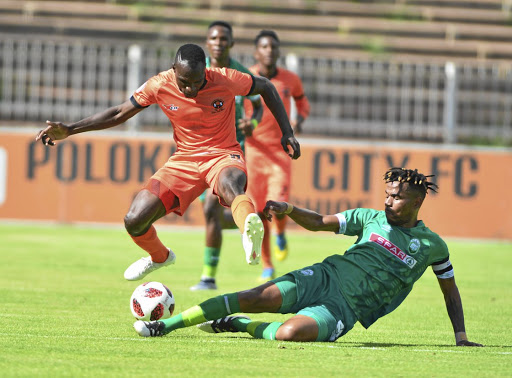 New Highlands Park striker Rodney Ramagalela says the banishment he went through last season has made him hungrier and eager to prove himself.

Ramagalela was made an outcast at his previous club, Polokwane City, after refusing an extension and signing a pre-contract with the Lions of the North.

The 30-year-old was barred from training with his teammates earlier in the year and later had his contract terminated.

"It was painful, but I had to get over it and look forward to the future. I am a Highlands Park player now and the issues I had at Polokwane are in the past," Ramagalela told Sowetan.

A number of players across South Africa will become free agents when their contracts expire on June 30‚ while others are already without a club and ...
Sport
3 years ago

In 2018, Ramagalela finished the season as joint top scorer alongside Percy Tau with 11 goals each.

The affable character simply known as Rama-G, believes he will once be among the top scorers in the Absa Premiership. The former Mamelodi Sundowns goal-poacher is confident that he will be back to his best.

"As a striker my job is to score. But I don't do it alone and will need to do it with my teammates," Ramagalela said.

Last season he managed two goals in his 15 league appearances at Rise and Shine.

It has been months since he played his last competitive match, which was a 3-2 win against AmaZulu in January.

Ramagalela says he has been taking care of his body since that time and has been training hard.

"I am a professional and I know how to handle myself and take care of my body. I don't think it's going to be a problem that my last competitive game was in January," he said. "In preseason everyone starts on a clean slate, so I am also starting afresh."

Hat-trick, 12 goals and counting
Sport
3 years ago
Next Article