Lorch proves once again he's pure class on the field 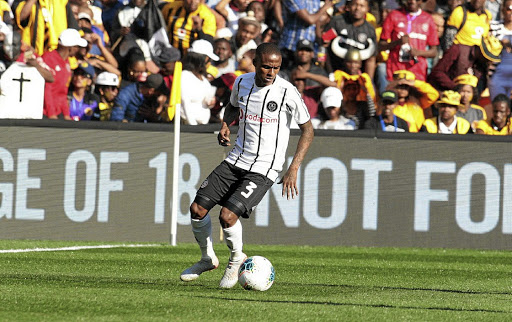 Thembinkosi Lorch once again impressed with a fine performance for Orlando Pirates against Kaizer Chiefs in the Carling Black Label Cup at the weekend.

Nicknamed "Moses" for delivering a fine performance for Bafana Bafana in their 1-0 win over Egypt at the recent Africa Cup of Nations, Lorch, 27, was in his element as one of the scorers alongside Augustine Mulenga against Chiefs at FNB Stadium on Saturday.

Lorch's curler was too good for Amakhosi goalkeeper Bruce Bvuma, who had stepped off his line.

Some comments pointed out that it shows that last season was not a fluke for Lorch, who's the reigning PSL Footballer of the Season.

Even sport minister Nathi Mthethwa had some positive feedback for the winger. "Congratulations to Thembinkosi Lorch who was voted the #CarlingCup Man of the Match after a brilliant display of football skills at the #CarlingBlackLabelCup. You did the nation proud in the games for @BafanaBafana & you have done the same for your team & your fans today," Mthethwa wrote.

Shakes Rampedi said: "Please Retweet and Like if you think Thembinkosi Lorch is the best player in the country. This man is outstanding. Pure class."

Lorch has spoken of his desire to help Pirates win trophies in the 2019/2020 PSL campaign after a five-year barren spell and may play a big role in helping the Buccaneers end their drought.

But, reports have suggested that there's huge interest in the forward from European clubs and @NMadzenga agreed that he should seek greener pastures outside the country. "He deserves to leave #PSL to overseas."

There is a claim that Lorch was substituted and replaced by Fortune Makaringe just before the hour mark because Amakhosi's fans voted him out. Fans are allowed a substitution in the "beer cup."