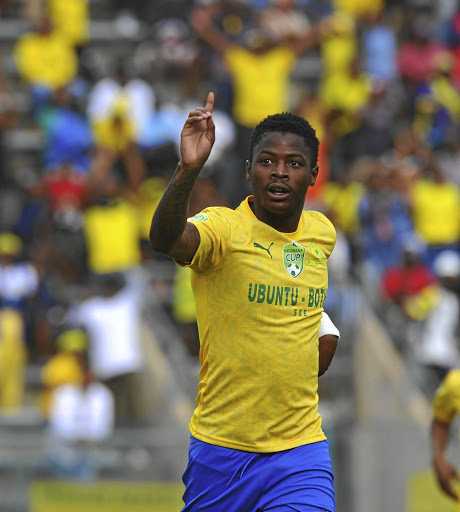 Mamelodi Sundowns coach Pitso Mosimane expressed his disappointment with the management of the club for failing to ensure that the pitch at the Lucas Moripe Stadium was up to standard.

Sundowns had to graft to overcome amateurs Vaal University of Technology in the last 16 of the Nedbank Cup on Sunday.

They beat VUT 2-0 after second-half goals from Wayne Arendse and Phakamani Mahlambi in Atteridgeville.

The major reason Mosimane felt his team struggled was that the lawn was a bit heavy.

"My job is to coach the team and make sure we win. My job is not these other things. Everybody knows what they have to do. I will have to speak with the relevant people and complain to say you are compromising the results," Mosimane said.

Sundowns flew to Cairo last night to take on Al Ahly in the CAF Champions League quarterfinal on Saturday (6pm). The four-time league winning tactician pleaded with management to fix the pitch in time for the second leg on March 7.

Mosimane has also pleaded for another favourable draw in the Ke Yona Cup in the last eight. "The cup is the roll of the dice. Maybe if I can get an Amavarara-type opponent because I am fighting Champions League," he said.

Sundowns will find out who they will face at the draw tonight (7:30pm). A number of minnows have progressed to the last eight. Lower division teams Real Kings, Mbombela United and TS Sporting have progressed while Bloemfontein Celtic, Highlands Park, Baroka, Black Leopards and Wits/Chippa United from the top flight are still in the mix

Pitso Mosimane unsure of his starting line-up against Al Ahly

Mamelodi Sundowns leave on Monday night for Cairo with coach Pitso Mosimane unsure of his starting line-up‚ and wary of a formidable test that ...
Sport
1 year ago
Next Article