Vaal vow to give rich Downs a match 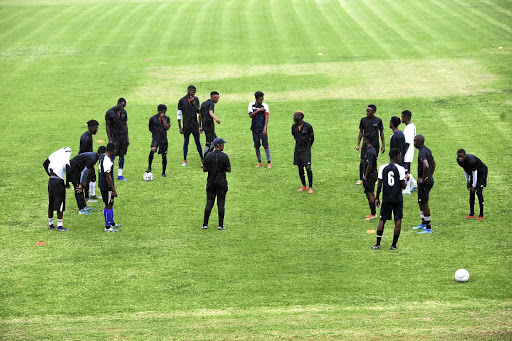 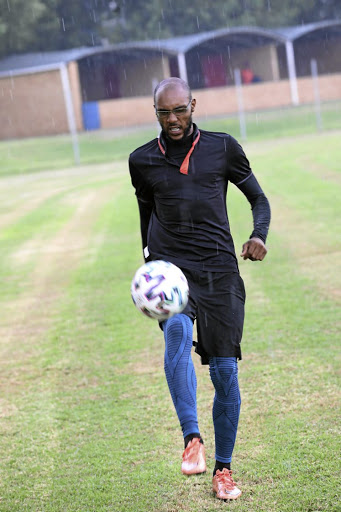 With the rain pouring down on them at their training session, Vaal University of Technology (VUT) demonstrated the kind of will to win that will stand them in good stead as they prepare for the biggest match of their careers.

The team remain defiant despite the prospect of possible annihilation when they face Mamelodi Sundowns in the Nedbank Cup last 16 on Sunday (Lucas Moripe Stadium, 3pm).

Their top striker, Reitumetse Hlongwane, says his team are confident they can put on a good showing against their star-studded, moneyed opponents.

"Football is football at the end of the day. We will both have 11 players on the pitch and will give it our best shot," said the third-year electrical engineering student.

"We know that Sundowns are the champions of the Premiership and were also African champions [in 2016]. We are not in denial but what I am saying is that we will focus more on what we can do. If we think about all their accomplishments and quality then we will start to fear them."

VUT's Nkoana ready for Pitso: 'We’ll see who has better tactics on Sunday’

Confident Vaal University of Technology (VUT) football coach Stanley Nkoana has again stepped up the psychological warfare in the Nedbank Cup. He ...
Sport
1 year ago

There couldn't be a bigger mismatch in the tournament as the students prepare to face the millionaires from Chloorkop. VUT compete in the fourth tier in the SAB Regional League and the squad comprises full-time students.

The players do not earn a salary and were recruited from the East and West Rand to be part of the team on bursaries. It's a complete contrast to the Patrice Motsepe-owned club where it is understood that their highest earners bank salaries of up to R500,000 a month.

VUT coach Standford Nkoane said his approach will not be about how to stop Sundowns.

"The tactics I have for Sundowns is just for us to play our own football. We are a football-playing team and are not going to park the bus," said Nkoane, who has been in charge since 2017.

Nkoane revealed that Pitso Mosimane and the Sundowns technical team attended one of their recent games.

"For coach Pitso to come here it shows that he is not underestimating us. But he is going to get something different from what he saw."

Sundowns once underlined their ruthlessness by hammering another amateur club, Powerlines 24-0, in 2012. Nkoane insists that there would not be a repeat of that staggering goals fest.

"We are not Powerlines; we are VUT. What happened in that game does not involve us."